Lessons Learned From a Year of Grazing Management

This is a good time of year for reflecting on what went well and what you might like to do differently next year. Though Matt wrote this a few years ago, his lessons learned are ones many of us can benefit from, as is the example of putting something in writing to refer back to down the road.

As we head into a new year, I thought I’d take a look at the past year and what I would like to improve on.

1. I’m not going to plant sudangrass on weekly intervals to try to have paddocks coming ready to graze each week. I had a lot of sudangrass that I wanted to put out last year and I worried about not being able to graze it all before it got too tall. I planted one paddock one week, another the next week, and the third the third week. The first two ended up at grazing height at nearly the same time. The week interval did almost nothing as the second seeding caught up to the first due to cooler weather that first week. The third seeding got caught in the drought and ended up being really late, thus costing me some tonnage. What was worse was that I rent a drill which was being used at the time for soybeans. I had to clean out soybeans, plant my seed and then clean out the remaining sudangrass that I didn’t use each week I used the drill. Looking back I should have planted all three at the same time and then cut some paddocks for baleage when it became too tall for the cows to graze. Below, the cows in the sudangrass, my pic of the year.

2. I should have executed a better plan when planting winter annuals. I love having rye to graze in the spring but I didn’t seed much. I’m hoping that it grows good in the spring and I have enough to kick start the grazing season. I’m also wondering how early I can plant barley. I liked grazing what barley I planted and I hope I can plant it earlier and graze more growth before winter sets in. Lastly, I will be doing more research on fall forages like oats and turnips. Should I graze them earlier and then let them regrow to graze in winter? I found that the oats this fall seemed to lay over and the cows trampled more into the ground than I want. Below, the cows in the rye the first week of April, note that the trees are still bare.

3. I’m going to do a better job of management and record keeping. I’m going to keep a daily log of where and what the cows grazed, sunlight vs cloudiness, and rainfall. I always get some yearly planning books from local businesses over the holidays and I plan on using one for my log. I also plan to do more measuring of tonnage using the rising plate meter. My plans for the year with perennial and annual grazing will keep me on my toes and I need to stay on top of things.

4. I plan on doing a better job at fertilizing and keeping pastures productive. Last year I spread urea on some of my paddocks once. It wasn’t enough and I should have done more but I didn’t like the way my 3-point hitch spinner was spreading the product. You could see dark green lines where most of the fertilizer went which was right behind the tractor. I also am hoping to keep pastures productive by frost seeding ryegrass and clover in late February. You can be sure I’ll be getting a new spinner before then! Below is an example of a paddock that needs to be reseeded next fall.

5. I plan on composting as much manure as possible. I did some last year using only a skid-loader to turn the pile and I really liked it. The compost was broken down and could be spread on pasture without matting down the grass. Since my crop fields have all the manure they need, what better way to save costs than making compost and using it on the grass?

What have you learned? We’d love to hear from you! 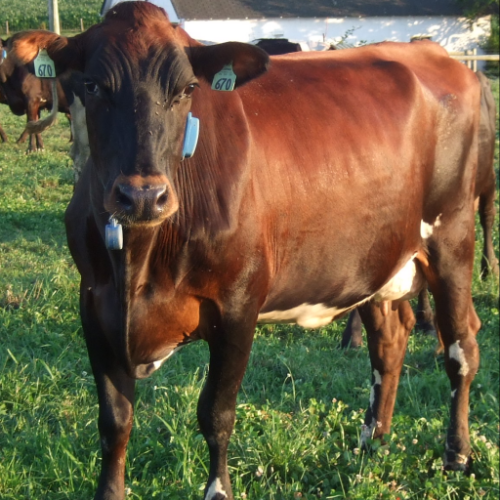 Matt Bomgardnerhttps://padairygrazing.wordpress.com/
Matt and his wife Amie along with their three children own Blue Mountain View Farm which is located near Annville, Pennsylvania. The farm consists of 150 'tillable' acres of which 100 is pastured for their 90 dairy cows. The cows graze 240 days a year getting 25%-50% of their intake from pasture during that time. Matt also chairs the Pennsylvania Grazing Lands Coalition and leads the Lebanon County Grazing Network.