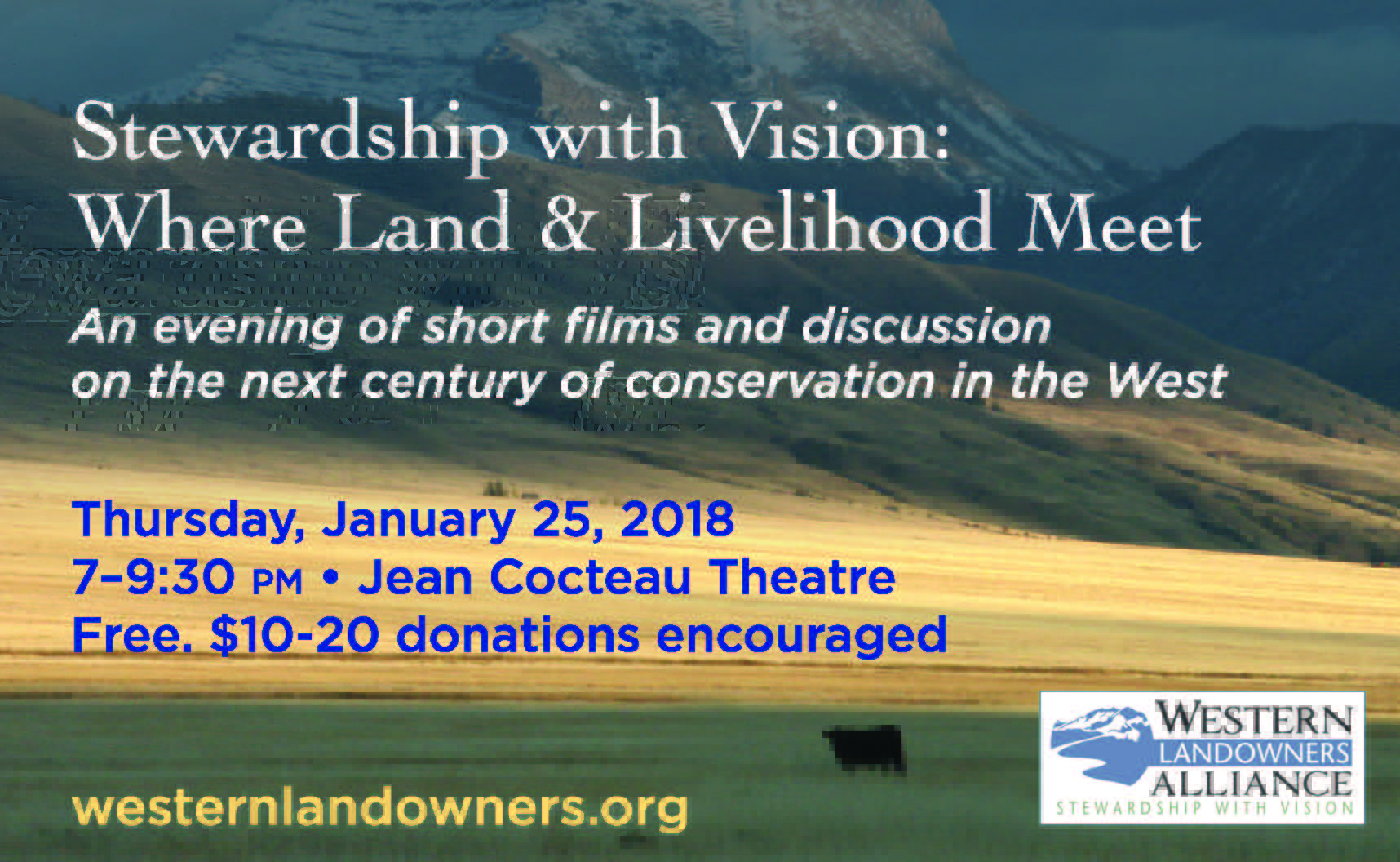 An evening of short films and discussion on the next century of conservation in the West.

Because historic human settlement patterns tended to follow the waterways, private and publicly leased working lands today comprise the majority of biologically diverse and agriculturally productive lands in the West. In the coming century we must find better ways to keep these lands intact, healthy and economically viable. New thinking and new relationships are needed to integrate conservation, production and recreation on the lands that sustain us all.

Join us for a screening of WLA’s Stewardship with Vision short-film series, featuring conservation and habitat restoration work on western private lands. Seven short films will be followed by a panel discussion and Q&A on the future of conservation and the West’s working landscapes, with several of the ranchers featured in the films.

This event is free and open to the public. Donations of $10-20 are welcome, and would help off-set costs associated with this event. RSVP HERE.