In the mid-1990s, Maryland dairy farmers Ron Holter and Bobby Prigel made the switch from confinement dairying to pasture-based management.  There weren’t many farmers grazing their dairy herds at that time, so they didn’t have many examples they could look to.  Ten years after they made they switch, I sat down with them to talk about their the reasons they decided to change, how they made the switch, and how managing a grazing herd has improved their work and family lives. You can read the full interviews in “Making the Switch,” a SARE (Sustainable Agriculture Research and Education) supported publication.

Both farmers were incredibly happy to have started grazing, giving them more time for family (and family chores- they ended up helping paint the house and put up curtains!). Several years after switching to grazing, they also transitioned to seasonal dairying.  Drying the herd off for a couple of months in the winter was a tough change requiring careful budgeting for the point in the spring when bills came due but the milk checks hadn’t started arriving yet.

Here we share some of the high points of the interviews.  These two farmers have continued to run grass-based, seasonal dairy operations, with a lot of success.  We’ll be writing more about their grazing and business practices in upcoming articles.

For Ron Holter, switching to grazing was not about making money.  It was about realizing that he had two important priorities:  Family and Not having to supervise people.  With confinement dairying they were getting up at quarter to 3 in the morning and working until 6, they had 3 to 4 employees, and still they were just keeping their heads above water as far as getting everything done.  After the switch, Ron still gets up at the same time in the morning, but after milking, there’s time for a nap before breakfast, and other breaks throughout the day.  “I actually have a normal home life now.  I go to all my kids’ activities and school events.  I go on field trips with the school,” he says. [Now his kids are done with school, but the time is still there!] Ron also notes that the health of everyone and everything on the farm has improved.  People are less stressed, herd health has improved dramatically, and the environmental benefits have been tremendous.

How’d they do it?

“Basically, in the spring of ’95 we put all the land that would have gone to corn into grass.” They used endophyte-free tall fescue, perennial ryegrass, Puna chicory, common white clover, and some New Zealand clover.  Those choices were made based on research about hay production because at the time there was very little information about grazing.  “Today we have more information on species for grazing.  I’d love to have 25 different species of grasses and legumes in my pastures,” says Ron.  “Diversity is much healthier..for the soil and for the cow.”  Patience is important in the process.  “Those pastures aren’t going to look good till year four or five.  Don’t lose heart.  Persevere.”

Economics and lifestyle were both drivers for Bobby’s switch to grazing.  “We were always working right on the edge.  Farming just wasn’t fun anymore.  We were paying bills but we weren’t getting anywhere.  Dad and I were both working 16 hours a day and we were only getting done what had to be done that day.”  When they realized that they couldn’t get the cows to produce more milk to pay the bills, they decided they’d feed them in a way that made producing the milk profitable.  His new schedule is a lot like Ron’s, with an earlier morning, followed by breakfast and a nap, and he also loves being able to do things with his family and going on school field trips.  He also says that cow health is the biggest improvement with grazing.  Their vet bill is 25% of what it was, and they last twice as long. “I would quit dairy farming before I went back to conventional.”

How’d they do it?

In 1994 they chisel plowed their fields and broadcast orchard grass and clover, with reed canary grass in the wet spots.  They rotate the cows year round along with a 100 gallon water tub.  They sometimes fertilize the paddock with nitrogen and boron in June to improve growth into the summer.  They didn’t spend a lot of money on infrastructure at first, something he recommends to those just switching to grazing.  “There are lots of people out there selling things.  You need to know what things to put money into, and what things you shouldn’t put money into,” Bobby says. [/ezcol_1half_end]

We’re grateful to Bobby and to Ron for sharing their stories ten years ago, and today! 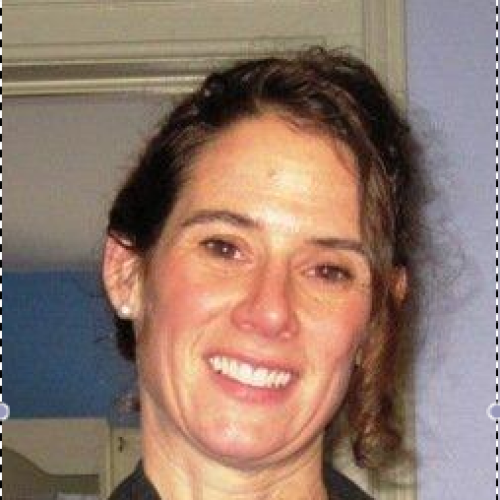 Rachel Gilker
Rachel's interest in sustainable agriculture and grazing has deep roots in the soil. She's been following that passion around the world, working on an ancient Nabatean farm in the Negev, and with farmers in West Africa's Niger. After returning to the US, Rachel received her M.S. and Ph.D. in agronomy and soil science from the University of Maryland. For her doctoral research, Rachel spent 3 years working with Maryland dairy farmers using management intensive grazing. She then began her work with grass farmers, a source of joy and a journey of discovery.