Sir, you try my patience!

I don’t mind if I do. You must come over and try mine sometime.

Today the chickens were out. The milk cows were out too. Did I mention the pigs? Oh, you can bet the pigs were out. Yes-sirree!

You know what doesn’t work when you are trying to contain animals? Let’s make a list of things that don’t work.

I think you get the idea. So, deep breath. Flora is in season. She didn’t settle last cycle. Sigh. So she found her way to the bull and took her friend and their calves with her. The bull.

We grabbed a reel and calmly surrounded the cows then Julie led the way back to the barn building fence as she went. I followed behind. Before we could go we had to sort out which calves belonged with which group but that wasn’t a big deal. Everybody loves mom.

Just when we thought we had our problems all squared away we noticed three pigs in with the horses. Huh. Pigs. In with the horses. Three of them. Huh. “What do you think, Boo? Did the fourth stay in his pen?” Nope.

The pigs came running to see us. And why not? We bring them treats. They love to see us. But one pig couldn’t negotiate the gate to the horse pasture so I had to help him out. Then they just followed me to their pen. I thought it was kinda funny so I caught it on video. Sorry for the poor quality.

Chickens were a little more difficult. I moved them to a new location this morning and about 20 of them moved themselves back. It took several sessions and some creative use of extra fence but we eventually walked the chickens back into their enclosure. They were glad to find food again.

I had hoped to catch a couple of roosters for dinner tonight but…well, no such luck. No lost tempers. No bad words. Just Julie and I…me…I…erm…Just the two of us and a flock of Silver Laced Wyandottes. Hmmm. (That could be a geriatric Flock of Seagulls country cover band.)

Since we already had fence in place, and since the cow was obviously open, we then walked the milk cows back to the pasture to hang with the bull tonight. Hopfully that’s all we need because the bull leaves in 13 days.

I find that patience is gained slowly. But I’m getting there. Days like today help. 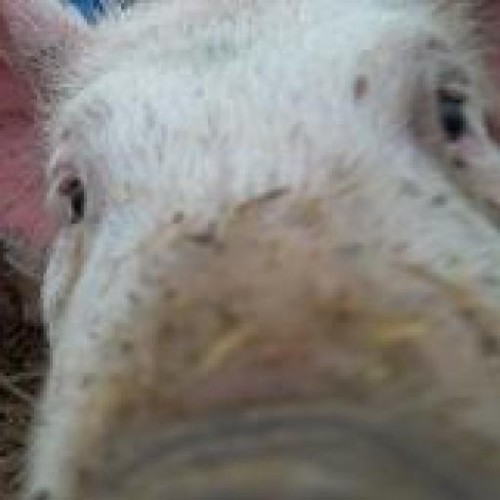 Chris Jordanhttp://chismheritagefarm.com
Chris, his wife Julie, and his kids work together to retain and enhance a portion of the farm that has been in the family since the 1840s. They're renovating pastures using hooves, claws, snouts, beaks, teeth and time, along with all the wildlife around them. Chris says, "It's the coordination , planning, and unexpected nature of..erm..nature…that keep us hoping." Currently they sell eggs, chickens, turkeys and hogs, but those are just their tools. Their real goal is not financial, rather they want to make sure the next owners take possession of more fertile land than they bought.