My very first ranch job was for a crusty old cowboy named Jack who made us haul corral panels from ranch to ranch, setting up catch-pens and sorting & branding  arenas, breaking them down and stowing them away when they weren’t in use. Upon questioning him as to what appeared to be tedious work, he responded, “These ranches are leased and I’m not building something on someone else’s land or paying for the same thing over and over.”

His words echoed in my ears for many years, especially after I purchased my own farm. Although his philosophy was about using the same equipment for multiple locations, I’ve taken his advice a step further and applied it to different species as well.

Equipment for handling livestock doesn’t  have to be expensive. Contrary to what you may believe, a fancy squeeze chute with an automatic headgate is completely unnecessary, particularly for someone with only several head. Even for larger operations, a simple swing chute built from a pair of 10’ corral panels, lengths of chain and interlocking spring snaps will do the job. Best of all, this infrastructure is one hundred percent portable and can be utilized for other purposes, including a corner catch pen, loading chute, and milking stanchion.  For anyone just getting started with livestock, especially cattle, this is the best money you will ever spend.  Plus, that fancy (and expensive) squeeze chute will only work on a particular size of a single species where as corral panels will work with full-sized cattle, calves, pigs, goats, sheep, horses and camelids.

Yes, we all like to look at the glossy farm supply catalogs with the slick panels, chutes and gates customized to each species, but unless you’re starting out your livestock venture extremely well-funded, this coveted infrastructure is out of reach as their price tags can easily reach several thousand dollars.  Instead, start looking to your local farm supply stores.

The two most commonly used pieces of equipment I have are 10’ x 5’ corral panels and 16’ x 50” feedlot panels.  If you are only handling small ruminants and/or swine, the 16’ x 34” feedlot hog panels will do the trick.

Corral panels are constructed of steel tubing and are typically six bars high.  One end has a pair of pins and the other a receiver to quickly latch together. While the same construction style is also available in 12′ and 16′ lengths, I’ve found the 10′ panels are easier to handle alone.  Corral panel gates come in two sizes—4’ and 6’—each side with the same type of pin and receiver construction to match the panels.  One of the configurations of panels and gates I’ve found to be of most use is two gates on opposite ends of two panels creating a 10’x 4′ catch pen.  For working with larger stock, a 6’ gate is safer and more efficient.

Corral panels work great for tasks that need a rigid structure. For instance, I have routinely used a panel in the corner of a woven wire or railed fence to quickly build a squeeze chute containment area for cattle and  horses. To do this, attach a panel perpendicular to the fence with a set of chains, using the cross-brace as an anchor. I keep four 3’ lengths of 5/16” chain with an interlocking spring snap handy just for such a purpose.  Make sure the attachment to the fence is not much wider than the animal being confined.

Swing the panel open to allow easy access for the animal to face the fence with its head in the corner. For added safety, I will tie the animal to the corner post with a halter. Slowly swing the gate toward the perpendicular fence, securing it with a length of chain.  The animal will either be confined in a small triangular area unable to turn around or for larger stock, there will be a butt chain preventing the animal from backing out of the chute. It is imperative that the rear chain not be too high or low lest the animal try to back out over or under it if not tied at the head.  This configuration works for castrating, milking cows prone to kicking, especially one with a painful case of mastitis, vaccinating and other veterinary care.

For smaller livestock, a sheet of plywood or even an old door with holes cut in each corner works well, especially inside the two-gated structure mentioned earlier, as a means for isolating and immobilizing a single animal for body scoring, parasite assessment/treatment and vaccinating.

The second style of panel that comes in handy is the welded wire 16’ feedlot panel. These panels are flexible and can be configured into a curve, if needed. Used more for directional control than permanent confinement, most often I simply hold them in place with a rubber strap with S-hooks on each end.

Three or four of these style panels can be easily hooked together with the interlocking spring snaps (use 3 per side) to create a temporary or portable holding pen.

Another advantage of feedlot panels is they can be cut down to a custom size using a pair of bolt cutters. For example, by cutting one 16’x34” hog panel in half, it can be installed on either side of another panel bisecting the center of four other panels arranged in a square, thus creating four 4’ square “jugs” for kidding and lambing for the cost of what a single custom built pen would cost from a handling equipment manufacturer.  Each pen can easily be opened at each corner for access.

Feedlot panels are also extremely useful for more than just livestock. Hooked over a T-post at each end and in the middle creates an instant and sturdy trellis for vegetables.

For anyone building out their livestock operation from scratch, here’s an idea that has worked well for me. The major alley lanes through which livestock accesses multiple permanent pastures are 16’ wide, the posts are placed directly across from each other and the high-tensile electric wire is on the pasture side. This allows me to quickly attach a feedlot panel to posts in the alley lanes creating holding/catch pens in an environment familiar to the livestock and thus, reducing handling stress.  Similarly, at the end of each lane are two 8’ gates instead of a single long gate which can be swung out to create a natural funnel  for loading stock on to a trailer.

Placing gates within the lane directly across from each other allowing animals to cross from one pasture into another will also create a natural funnel within a lane when opened in unison.

Yes! I Can Help!
Facebook
Twitter
Pinterest
WhatsApp
Previous article
The Best Cattle Handling Facilities May Not Be Those Designed by Temple Grandin
Next article
Intelligent Groups Make Innovations Easier 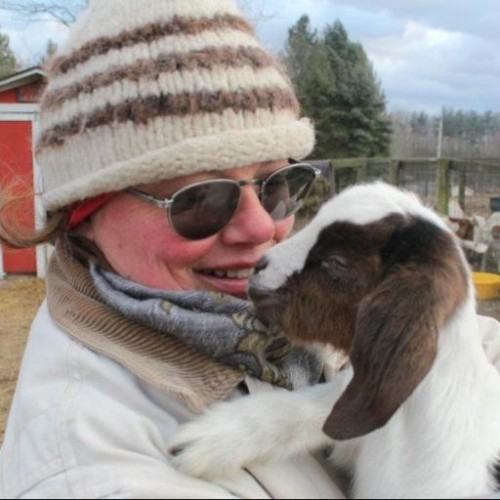