The Consequences of Doing or Not Doing

When I mow the grass, it is an ecological catastrophe for some creatures, a boon to others. When I keep living roots in the soil, I increase stability and complexity of soil life.

When I plough or grow annual crops—in my garden, for example—I create havoc for many types of fungi, some of which are beneficial.

When my father sprayed his tree to “get rid of those caterpillars” the robins’ babies died shortly thereafter. On the next Sunday, we sang “This Is My Father’s World” with conflicted conviction.

When my father and brother were able to buy 45 acres of badly eroded river bottom land, they planted thousands of trees and bushes and excavated ponds and backwaters. Once they had lots of muskrats; now fewer muskrats, but sandhill cranes and otters (for the first time in about 100 years).

Deer numbers locally may be declining after harsh winters partly due to competition from elk which themselves had been in decline for maybe 100 years. Deer and elk both benefit from improved hay crops, pastures, and unfenced storage of winter feed.

Improved transportation systems brought us root maggots, clubroot, and hawkweed. This prompts many people to use insecticides and herbicides which affect plant life but also the soil microorganisms, birds, and sometimes air and water quality.

In the Bulkley Valley there are relatively few areas of natural grasslands. When I manage my land for hay and pasture, I am—in effect—trying to turn a marsh, swamp, or forest into a prairie. Not as radical a change as turning a forest into a strip mall, but a pretty major change for all the created life on and around the property of which I am privileged to be a steward.

The person who thinks she or he is not part of the web of life must be wearing blinkers. How we use land, water, and air is not a question we can avoid. One way or another humans are affecting all sorts of things. In Canada, one of the best ways to begin to respond to our land use is through participation in the Environmental Farm Plan program. Another way to face decision-making that affects everything and everyone is to talk to each other. Experts abound. Pressure groups of one type or another are happy to tell you what you might or might not do. But your neighbouring land-owners are also a valuable resource. When we take time to discuss over coffee or during the breaks at agricultural meetings, we often learn as much from each other as we do from the speakers. Getting answers to questions about land stewardship is too important to leave to chance. Let’s keep an eye out for and talk about the decisions we make or don’t make.

I’d love to hear your thoughts on decisions you’re making and what you see happening.

You can read more from Curt here. 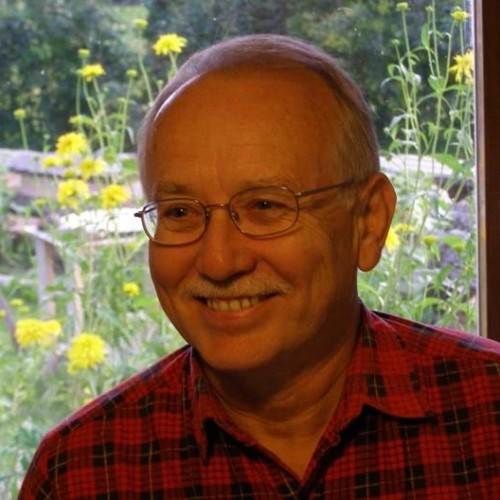 Curt Geschhttp://www.justfarmers.wordpress.com
Curt Gesch is a retired schoolteacher. He publishes a free e-newsletter (www.justfarmers.wordpress.com) from his home in central British Columbia. Mr. and Mrs. Gesch own a 153-acre farm, most of which is in forages. The rest is made up of glacial eskers and “moose pasture”. Curt experiments with pasturing techniques, seed mixtures, etc., on a small part of the acreage near the house where he pastures a few Dexter cows. He is presently working on a project to help small-scale sheep producers renew their pastures with legumes. Curt has no formal agricultural education but knows how to ask questions of those with education and experience.