How To Teach Livestock to Eat Weeds

I began teaching cows to eat weeds in 2004 with a pilot project at Grant-Kohrs Ranch National Historic Site. My first attempt was a learning process and I spent a lot of time looking at the science that talked about how animals learn and how they choose what to eat. Thanks to Dr. Fred Provenza and his colleagues at Utah State University, I knew that animals learned what to eat from their mothers and from experience. So I reviewed that research and decades of work by Pavlov and Skinner to figure out steps that anyone could use to turn cows, and other livestock, into weed eaters. Over the course of a few years, I refined the process and today you can teach your animals to eat weeds in about 8 hours spread over 10 days.

I’ve now trained over 1000 beef cows, a couple of small dairy herds, a flock of sheep and 34 bison at one of Ted Turner’s Montana ranches to eat many of our most problematic weeds. I’ve worked in California, Colorado, Montana, Nevada, Oregon, Vermont, West Virginia, and British Columbia and Alberta in Canada. I’ve even trained one of my co-workers to eat tomatoes, though she still refuses to try olives. I’ve helped folks in a variety of states turn their animals into weed eaters just by helping them over the phone or by email after they read the book and then called with questions. What I know after ten years of doing this is that the process works everywhere and for all animals because it is based on animal behavior principles.

The best part of training is that it’s a once and done deal.  Your first group of trainees will train their offspring and their herd mates, and they will all remember from year to year which weeds are good to eat. You don’t even have to teach them to eat every weed in your pastures.  Because the training process opens their minds to the idea that all kinds of things could be food, your livestock will begin to eat all the good things they find.

I put what I learned in a book, Cows Eat Weeds, and a DVD called Teaching Cows to Eat Weeds so that any farmer or rancher who wanted to could do the simple steps to turn his problem weeds into forage.  (Get the first three chapters of the book free by signing up for my newsletter.) Here are the basics of what you’ll find:

Step One: Know your plant.
The first thing I learned is that palatability is more than a matter of taste, so just ignore anything you ever read or heard that said something like “livestock don’t eat that because it’s bitter.” I’ve tasted pretty much everything I’ve ever trained a cow to eat, or that I saw them eat in pasture and, trust me, none of it tastes very good from a human standpoint. That’s because palatability is the result of nutrients and toxins in a food and how they meet the needs of the creature eating them. I’m not made to process the same foods a ruminant gets big and fat on, and that’s why their foods don’t really taste good to me.

When I started training cows to eat weeds, the research told me that if the weeds had good nutrition and were low in toxins then animals would eat it.  I figured that if I could get her to try something just once, the cow would get the good feedback from the nutrients in the plant and then would continue eating it in pasture.  So at first, I always tried to find out the protein content for the plants I was going to teach my trainees to eat. After looking up lots and lots of plants and having many sent off for analysis, I’ve learned that if it’s green and growing, it’s probably very nutritious. In addition, I know that the more leaf to stem a plant has, the more digestible it is, so a Canada thistle is much more digestible than a mouthful of grass because of it’s greater leaf mass.  (For a list of some of the plants that are as good as alfalfa in nutritional value, visit my website.)

Rather than spend time on checking out nutrients, I focus on the toxins because I want to be sure that my trainees come to no harm. All plants contain toxins, but the more I find out about them, the fewer I find will actually kill an animal outright. It is the dose, and how much variety an animal has that makes the difference. I wrote in-depth on this in the book and presented on it in the DVD. For now, what you need to know is that you should never start training your animals to eat anything without first checking my website to make sure your weed is edible.

We’ve all learned that the younger an animal is, the more likely it is to learn new things.  So I started out working with yearling heifers.  But not every farmer or rancher I worked with had heifers ready for training, so I branched out to train whatever they had available.  What I learned is that cows are good at life long learning and any breed, sex or age can learn how to eat weeds if given the chance.

The number and kind of animals you choose to train depends on your operation.  Some folks pick a particular group of cow calf pairs because they graze in a pasture that’s easy to get to.  Some prefer separating out a group of animals and training them in a dry lot.  I typically train about 50 animals at a time and I train them in pasture where they can graze all they want.  By checking out my projects page, you can get more examples of the kinds of trainee groups I’ve worked with.

Routine is important because it tells animals what they can expect from you every time they hear a certain noise, or see you do a certain thing.  When I’m training I want my students to know that when I drive up honking, then put some feed in a tub, that they can always expect that they’re going to get something good to eat.  To be sure they understand, I do the same thing every time I’m coming to train.  In no time at all they’ve learned to come when called and to try whatever I put in the training tubs.  When I put weeds in the tubs, they see it as just one more strange food in the series of strange things I’ve been bringing them, so they are happy to try it.  You can see the training process in action in this video of work I did training cows in Boulder County, Colorado how to eat late-season diffuse knapweed. (Note: Many of you, especially those of you who live in less arid parts of the world will look at my training pasture and think that it looks very bad. It does. But that’s because it is an old mine site and it was the only part of the 500 acre pasture that was road-accessible. The rest of the pasture looked more like a normal pasture in an arid environment.)

One of the hardest lessons I’ve had to learn is how hard change comes for us humans. While cattle take to weeds quickly and easily, it’s harder for us to quit thinking of weeds as our enemies and start thinking of them as potential forage. We also have routines that keep our operations going smoothly so it’s hard to stop and set aside time to plan for and then train our livestock to do something new. I will promise you though, that once you do find the time, you’ll never regret it. You’ll have more forage, and you’ll spend less time, money and worry on those plants you used to hate. Maybe this is the year for you!

For more on how you can help your cattle learn to eat weeds, visit Kathy’s website (www.livestockforlandscapes.com) where you can get a Book, DVDs, or purchase a Coaching Program.

Yes! I Can Help!
Facebook
Twitter
Pinterest
WhatsApp
Previous article
Graze Dalmatian Toadflax Early and Often
Next article
Did You See That Farming Ad During the Superbowl? 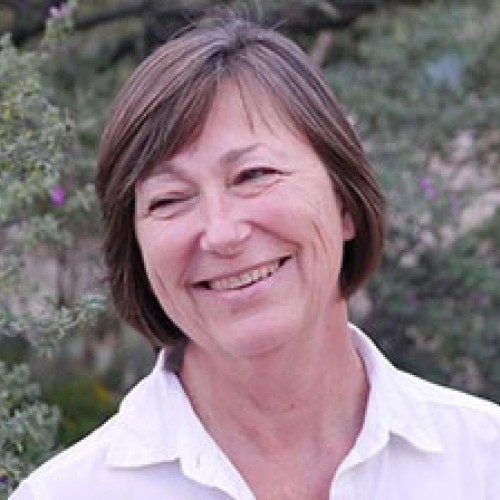