Don’t wait until you have dead piglets to make a plan and consult with a veterinarian about how to handle Porcine Epidemic Diarrhea (PEDV). This virus made a surprise appearance in the United States in spring 2013 in several states and is still spreading.  Caused by a distant (viral) cousin of Transmissible Gastroenteritis (TGE), the disease looks similar and includes severe diarrhea and vomiting, and rapid dehydration resulting in a high percentage of deaths in young piglets. Vaccination against TGE does not provide protection against PEDV.  There is currently no vaccine for PEDV and no natural immunity exists in U.S. herds.  The only thing producers can do is try to provide plenty of fluids to infected animals.  For some good news, natural immunity develops over two to four weeks so that infected sows produce protective antibodies in their colostrum.

The virus is transmitted by the fecal-oral route and spreads easily in manure and by manure-contaminated objects such as trailers, equipment, boots, and clothing. Research on the environmental survival of the virus, conducted by Dr. Sagar Goyar, Professor at the University of Minnesota, has shown that PEDV can survive at least seven days and is still viable after 28 days in slurry at low temperatures and in wet feed. Also, PEDV survived one or two weeks in fresh manure, drinking water and dry feed.

According to the American Association of Swine Veterinarians, “The virus is susceptible to a number of common disinfectants including: Virkon S, Clorox, 1 Stroke Environ, and Tek-Trol (Pospischil A, et al; 2002). Sanitizing and drying pig trailers is effective against PEDV. Preliminary results suggest that it may be possible to inactivate PEDV in the presence of feces by heating trailers to 160F for 10 minutes or by maintaining them at room temperature (68F) for at least 7 days (Holtkamp; unpublished 2013).”

Where is the Virus?

The map below shows where the virus has been found.  Early on, information about location of the disease was difficult to track because PEDV is not required to be reported on in the United States. Voluntary reporting by laboratories in the National Animal Health Laboratory Network (NAHLN) began in June 2013 with additional information being reported since November 2013. Age classes testing positive include suckling (less than one month old or still on sow), nursery (one month up to 3 months), grower/finisher pigs (3 months up to 8 months) and sows and boars (8 months of age and older).

Diseases like to hitch a ride so approach every contact with a site or market as if it could contaminate your truck, trailer, equipment, boots and other clothing.  Shavings and manure, or water, mud or snow can carry diseases on boots, clothing ,tires, undercarriages, trailers, shovels, winter panels, sorting panels and people’s clothes and all infect healthy pigs.  Establish lines of separation between the areas that are used by transporters and the areas to be used by frame or market personnel.  Here are examples of lines of separation:

There is a concern that PEDV may have spread in certain feedstuffs, in particular, those containing some porcine plasma protein products. The epidemiology strongly suggests a feed link in some reported cases but it has been difficult to get lab data to confirm this.  When done properly, the processes used by plasma protein makers does kill viruses.

If you have sick pigs, here’s a Fact Sheet to help you diagnose them for PEDV.  If your breeding herd has been diagnosed with PEDV, we need your help to stop the virus in its tracks.  These fact sheets will tell you what to do depending on what kind of operation you have:

If animals have died, you need to be sure that they’re disposed of in a way that prevents further spread of the virus.  Wildlife can spread the virus if they eat the dead animals and rendering trucks and spread the virus from one place to the next.  Here’s how you can prevent those problems.

Once you’ve taken these steps, you’ll also want to eliminate the virus from your operation by emptying the site, and doing a complete cleaning of it.  Here are instructions to follow to make sure you’ve done all you can.

Where Did PEDV Come From?

The disease was identified in Great Britain in 1971 and occurs throughout Europe.  It is common in Asia.  The strain in the U.S. is 99.4% similar to a strain that was circulating in China’s Anhui Province in 2012.  We don’t know how it got to the U.S., but owners of infected herds are completing surveys that we hope will reveal the disease’s original vector.  We do know that it cannot be transmitted to other animals or to people, and is not a food hazard.

Be careful out there.  Everyone is counting on you to save our bacon!

Yes! I Can Help!
Facebook
Twitter
Pinterest
WhatsApp
Previous article
The History of the Road to Pastuerized Milk
Next article
What to Do About Your Broomsedge Now 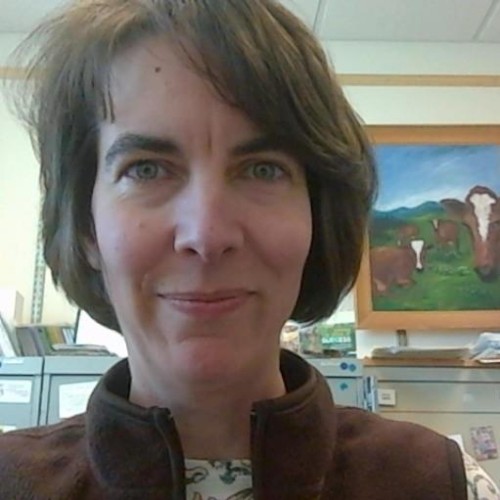 Julie Smithhttp://www.uvm.edu/%7Eascibios/
I have been with the Department of Animal Science of the University of Vermont, as the Extension Dairy Specialist, since 2002. My background is in biosecurity and preventive animal health management (especially calf management and Johne’s disease). I’m currently working on an interdisciplinary project to better prepare farms and communities to implement biosecurity plans in the face of a highly contagious disease emergency. I also conduct research to better understand the risk of highly contagious disease spread among Vermont dairy farms.