The summer of 2013 I was in a room of about 40 cattle producers from all over the US, with all kinds of different back grounds and strengths.  I don’t think I’ve ever been part of a more diverse group.  One question that was presented to us was “How does your ranch benefit others?”

Right away the first answer was BEEF.  I will say this, that person went home realizing they are a cattle producer not a beef producer.  There were some ramblings about conserving the environment, and taxes.  Then it was just quiet.

This was something I had thought about before, so I spoke up.  I sell and buy cattle all the time.  I need truckers to move them critters down the road.  That driver uses the money he earned from me to pay his taxes, fuel that he bought somewhere, food from a food service establishment that provides jobs to people, tires and other maintenance, insurance, and so on.  What is left over he keeps the lights on in his house and bread and milk on the table for his family.

I buy feed from family and neighbors.  They must make machinery payments, farm payments, maintenance on the equipment, pay for fertilizer, fuel, seed, and so on.  One guy I buy feed from has three kids, all under the age of three.  He forks out a lot of cash for bread and milk.

Don’t forget the mom and pops feed store I do business with.  They got to pay their suppliers, and employees, along with utilities, and equipment, insurance, taxes, and so on.

I buy cattle in sale barns, who obviously have employees, and other expenses.

You’re getting the idea.   A little bit of money gets spread pretty thin and everyone is trying to pay for bread and milk.

A sale barn needs buyers there to establish a market through open price discovery.  As a cattle buyer I have aided in that process many, many times.

One day I was buying cattle and needed to recycle my coffee.  I stood at the top the steps for a moment to see what was behind the gate coming into the ring.  In came a small group of three or four heavy four weight heifers, black.  They would fit a deal I had going, and I needed some weight and some average makers. (average makers are the cattle that get bought cheap, to add weight to a load and lower the average dollars/hundred).  I stood there and watched until the bidding stalled, then jumped in.  I hit them three times, and owned them, improving my average.

Now that scene is no big deal to me.  I do that all the time.  Here is why I remember that day so well.  After I left the head, I went to the office and got a recap (recap is a printout telling me how many cattle I have on each of my numbers, what the average weight and average price per hundred is.  Also tells me total dollars spent and total pounds on each number).  This guy comes up to me and thanked me for buying those heifers I just told you about.  I kinda tried to blow it off, and said “you’re welcome”.  He said “No. You don’t get it.  Every little bit helps.”  I  then stepped outside to call a guy I had just finished putting a load together for.  I watched the guy who just thanked me get into a car with a young woman who was feeding a baby.  He showed her the check and gave her a kiss on the cheek before starting the car and leaving.  I bumped them calves about $25/head.  He got about an extra $100 because me and another buyer pushed them.  Having a little one of my own, I know $100 is barely a dent when it comes to bread, milk and diapers.

I’d like to share another example with you all.  I’m totally bragging here, it’s a good one and I had fun doing it.

The last week before all the kids went back to school last fall, one young teenager was sitting in a local sale barn trying to buy a few calves.  One group of calves came in the ring.  This kid started bidding on them.  They were way too low to just sit there so I hit them a few times.  I pushed them to where they were a good buy and a somewhat decent sale price.  Then I pointed at the kid as a sign for the auctioneer to knock them off on him.

Now to set this up a little better there is always some old grump that never leaves well enough alone.  Back when I was younger and fiercely needed a few breaks, (good buys) this old grump would always jump in and run me.  Well he did the same thing to this kid.  He ran the youngster right up to about what the market was bringing for those calves.

The poor kid shook his head “no”  He was out.  Now, I have NEVER jumped back in on bidding on some cattle after I decided I was out.  I had the money to run this old man, and my anger at him for doing that to me when I was younger came out.  I ran him. I hung those high dollar calves on him.

This exact same scenario was repeated on the next group of calves that came in the ring.  Everyone in the place got the hint.  We were all going to let this kid have a few calves at a good price, or I was going to mess with you.  The auctioneer is also the owner at that barn and boy was he having fun with the situation.  That kid got all the calves he wanted (about eight) and he swelled up with so much pride I thought the buttons were gonna pop off his shirt!  Next week he was back in school and I was back at the same barn buying cattle.  I made a win/win situation

Gang, I could list tons more examples of how our operations benefit others.  We often times don’t think they do because we rarely take the time to reflect on it.  This is just everyday stuff to most of us, thing is, it matters to somebody. 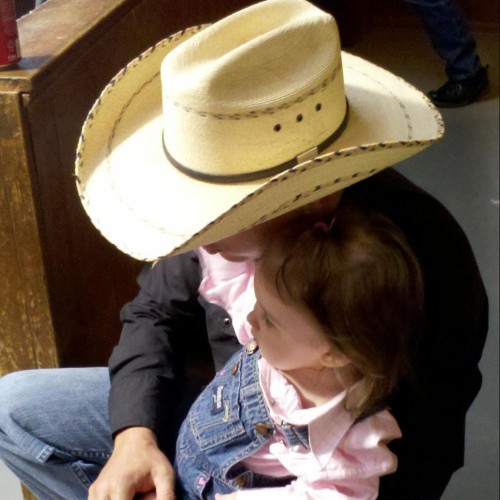