Have You Hugged a Farmer Today?

Do you own a car? Have you gone on a vacation, stayed at a resort, had a nice time with your family? Do you have the air conditioner or heater on as you are sitting in the recliner watching your T.V.? Do you have a job to go to where you are paid to spend your time building homes, teaching children, fixing cars, producing widgets or doing something that will make someone’s life better and they are willing to pay you to do that?

A society will only be able to dream, invent and produce all the things we enjoy today when people do not have to spend all their time or income on providing food for themselves. Food is the framework that a society and economy grows on. Only when someone else produces enough food to feed you and several others, are you able to spend your time building homes, cars or have time to dream up the next business idea that will offer something of value that others want to buy. Then you will employ people who have the time to work at those jobs because they aren’t spending all their day growing or gathering food for their selves.

Only when you have income left over after buying food to survive on will things be invented and manufactured and purchased. The more people it takes to provide food for a nation the less people that are left to drive the economy. Fortunately farmers are very good at producing food. Using the most common method for calculating farm production, in the 1960’s one farmer fed 26 people. Today, according to the National Agricultural Council, one farmer feeds over 165 people. (Actually, the number of people each farmer feeds is probably many times more than 165 if you take into account that not all food products grown actually make it to the table, as described in this article by How Stuff Works.)

Not only do farmers have to be able to produce enough food for themselves and over 165 other people, they also have to be able to do it at a price that is low enough that you have income left over to buy other necessities or luxuries. In 2004 Americans spent 4% of their spending income feeding themselves, and today it has dropped to 2%.

Think for a moment what this means. You now have 98% of your income to buy automobiles, build homes and furnish them, so manufacturing fills those needs and employs people, retail stores spring up to sell those things to the consumer. Repair business employ people to repair those things when they break or wear out.

You can take vacations and have hobbies since you have more time and spendable income, so stores sell more hunting and fishing supplies, ATV’s, photography supplies, and the list goes on and on.

I haven’t even mentioned the fact that U.S. agriculture employs more than 24 million people within its own industry. Three million farmers employ more than 24 million others who process, transport, and provide support for growing your food. In case you are wondering, with a U.S. workforce is slightly over 151 million. This means that one out of every six people in the U.S. get a pay check because a farmer grew a crop or livestock.

Of course I have already made the case that every person employed in non-ag business is really there because they are free from the responsibility of growing and processing their own food. There is a farmer there to provide it at the cost of a small fraction of their income. This allows the other 98% of the population to produce goods and sell them to other people with the excess income they have after buying food.

This also grows the economy of other nations that build and provide retail goods to be bought on a worldwide economy. American farmers who are some of the most productive in the world, send exports that help our foreign trade balance sheet allowing other nations to feed their people on low cost food. The lower cost of food frees up their spendable income so they can buy our goods and services. That drives our economy, employing more people with higher wages.

In a nutshell, when you get in your car to take your child to school wearing the back to school clothes you just purchased with money you made at your job and had left over after buying groceries, you should hug a farmer. Just don’t linger too long. You both got work to do. 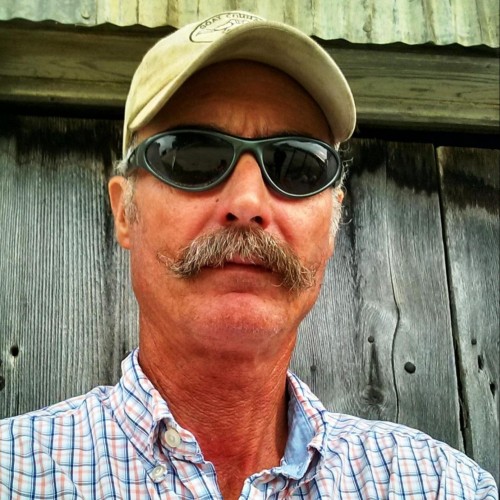 Greg Christiansen
After receiving a Bachelor of Science degree in Animal Science from Kansas State University, Greg made his living for several years on cattle ranches and feedlots from Colorado, to Missouri to Texas and Oklahoma. He then moved with his wife, Ann, son, Tanner, and two daughters, Megan and Ashley, to a farm in east central Kansas and began a row crop farming and cattle operation. About 12 years ago he started buying meat goats and began to grow his herd with the occasional help of his son Tanner. In a typical year, Greg will have more than 600 commercial does kidding, along with raising corn, soybeans, wheat, hay and cattle.