How Rewards and Punishment Work with Animals

Some of you may not be aware of this but ranching and extension work is my second career this decade. I spent some of previous years working as a pediatric behaviorist and my specialty was working with people with autism. At this point you may be asking yourself what this has to do with livestock. As some of you aware, people who are on the autism spectrum experience deficits when it comes to language. They have a difficult time processing and understanding both verbal and nonverbal communications. In order to communicate and help these people to independently navigate the world around them, we have to use certain proven techniques that do not rely on verbal language (at least at first). Animals operate in the same way in the fact that they cannot communicate with us verbally and their nonverbal animal language is very different, and often times more aggressive then we can understand or feel comfortable utilizing.

As an example think about cattle. Anyone who has spent a significant amount of time with any animal species understands that they have a repertoire of vocalizations and behaviors that function to communicate among themselves. Cows use low growling cries to call their calves back to them, they will bellow and cry out when in pain, and bulls will snort and display in an aggressive posture if they do not want you in their space. These behaviors serve to alert the herd or a potential predator to either come closer or to step away.

So if we know that these animals are communicating with each other then there must be a way that we can communicate back. Now I’m not recommending that you try mooing or snorting at your animals but I am recommending that you teach through your own actions. Much like humans who have difficulty processing language, our stock are quick to recognize patterns and adjust their behavior to either increase or decrease the likelihood of something happening in the future. An example of this would be at milking time. Most milking cattle are provided with a treat when they come into barn and into their station. This little bit of grain or mineral provides them with reinforcement for completing the task and with this event happening multiple times every day, they quickly learn and come to expect the routine and the treat. This is what we refer to as reinforcement and this type of learning opportunity makes a behavior more likely to occur in the future.

On the other side of the coin in nonverbal teaching is doing something that makes a behavior less likely to happen in the future. This is what we refer to as punishment. We can use an electric fence as a passive punishment example. When the animal makes contact with the fence, it feels pain and learns to avoid the fence. Another example is if you move your sheep through a handling facility and yell and bang on the bars to get them to move they will come to find the experiencing painful and tend to avoid it in the future. Through your actions you have made the handling facility a punishing experience and so the sheep are less likely to want to go into the chute in the future.

There are some major differences between the two methodologies. Studies have proven that reinforcement is much longer lasting than punishment. If we go back to the fence example we all know that most animals will continuously test fences to see if they are still working. This is partly due to the fact that punishment is not as robust a teaching tool as reinforcement. Reinforcement by its nature and mechanism is easier to administer, safer to continue, and is less likely to produce avoidance or aggressive behaviors in the animals. Punishment should only be utilized for issues of safety (the fence is there to keep people and livestock safe) or in correcting behaviors where traditional reinforcement is not working (sustained aggressive behaviors exhibited by rival animals). I would also like to stress that in order to truly know if your reinforcement techniques are working, and prior to trying anything that would punish the animals, you really need someone else to watch you and the animals interact. You may be missing something that is inadvertently diluting your schedule of power or reinforcement. In other words, you might be utilizing reinforcement but the animal may be getting tired of the same old treat.

I know that some of this can be confusing but the gist of it is simple. Look at your own patterns of behaviors around your animals. Are you making some part of their lives a punishing experience? Could you be reinforcing during certain times of the day to make the animals more likely to do what you want? Are your reinforcers still working or do they need to be varied (animals enjoy novel and fun things, too)? Working with nonverbal beings doesn’t mean that you cannot communicate, just that you need to utilize a different set of techniques and consistency to promote lasting behavior change. If you would like to learn more about this please call email me with your questions. 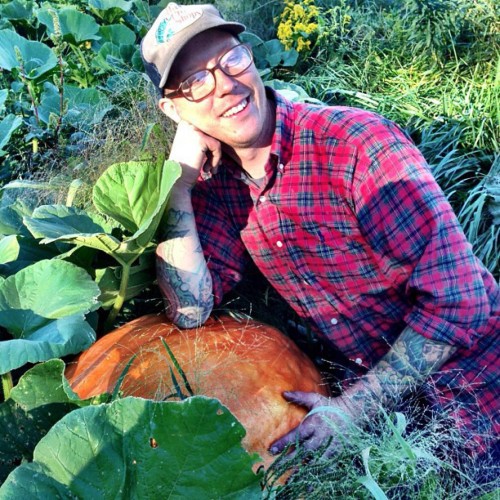 Jason Bryan Detzelhttps://www.facebook.com/DiamondHillsFarm/
Jason is social worker turned farmer and owner of Diamond Hills Farm, a pasture based cow/ calf operation in Hudson, New York. When he is not grazing, watering, or calving he is the Livestock Educator for the Ulster County Cooperative Extension Office. He gets up early, tries to stay up late, and enjoys looking at his collection of unread book. He is currently hard at work trying to slow the rotation of earth in order to increase the length of the days and is the most happy at that time of year when you can smell the soil but not the cold.