The Beginning of a Legacy: Building a Ranch From the Ground Up, Part 2

Editors’ Note: The pictures in this article reflect the guiding light through all of Ryan and Jamie Sexson’s efforts: their family and building a future together.

Last week I described the first transitions we made heading towards ranching and building a legacy for our family. This week I’ll share more about the agreements that helped us transition.

I had been day working for rancher Bob Simmons for 4 years and had a good handle on what to expect from the cattle and the owner. We knew that he was in need of someone to calve his heifers and was struggling to find the help he needed. Bob had all of the feed he needed and we had the equipment and facilities for the job. We made a flat rate agreement that worked for everyone involved. We did not charge top of the market value for calving the cows and Bob provided the feed as well as all the cows we needed to calve to make our cash flow work. It also allowed us to stay in the community and to be able to still day work for him as well as provide care for some of his pairs and yearlings during the summer. It was a win/win for everyone.

When we made the share agreement with Lynn Myers, it was because he approached us. The Tippets-Myers ranch is well over 100 years old and has been completely self-sufficient during that time. Sending cattle off to someone else to care for had never been thought of and not knowing how someone else would take care of the cows was a big concern. The transition for this agreement was not an easy one and was built on trust. I have done business with close friends and family before and had it go both ways. I have to admit I was a little nervous about what to expect but knew Lynn had our interest in mind as well.

To be quite honest we had taken possession of the cows in December, wintered them and calved them before we ever wrote the agreement on paper. I had some ideas as to what it should be but was concerned Lynn might feel I was taking advantage. We had a very open line of communication about it but had not actually come to an agreement until May, though we had taken possession of the cows in December. Lynn’s family was in a situation where they did not necessarily want to sell the cows but could not run them on their own place and we needed cows to stock our newly leased place. Lynn came up with the agreement and presented it to us. We could not have put anything together that would have been better for everyone. There is incentive built into the agreement based on pregnancy rate to help insure the cows are cared for accordingly. The agreement consisted of a paragraph that said Tippets-Myers provides X number of cows, Ryan and Jamie will pay a lease according to these terms and signatures.

An open line of communication with honesty built through years of friendship laid the groundwork for our agreement. Lynn and Marlene’s interest in helping build a sustainable ranching business through mentorship and the transition of their own family ranch is an example many can learn from.

The final key to transitioning is how do we maintain a relationship with the family that owns the ranch we lease in order to ensure we have a place to run our cows? What is it that we can offer them? We felt like we brought a lot to the table for the landowners. The previous tenant had leased the ranch for 38 years. There had not been much done as far as improvements in that time. The fence is in need of a lot of work and the building and facilities are in need of repair. We are trying to implement good grazing practices, trying to improve the quality of the forage as well as the quantity. We qualify for some beginning rancher programs that will allow us to make improvements on their land, increasing the value tremendously. We also have an interest in their goals for the ranch. We hope to provide the type of care they wish for in order to not only meet our needs but theirs as well.

All of these people we have worked with have a lot in common. Every one of us is going through a transition of some kind and I feel like each one of us has the interest of the other in mind for each agreement, and each family has an open line of communication about each individual agreement. Each family has included their children in the agreements so there is no question as to what the agreement is. In the end, we all want to see successful agriculture business built on a sustainable platform. Each one of these families has stepped up to the plate and put their money where their mouth is.

Passing on a legacy does not have to include a family transition. It can be in the form of helping a young producer get a start they may not otherwise be able to facilitate. I cannot count how many times I have been told that a rancher would like to see a young producer get started, some even say they would like to help. Very few actually act on it. Maybe it’s because they don’t know how to get started. If that’s the case, here are some points to consider:

• First and foremost is communication. Communication may be one of the most difficult parts because it is sometimes very hard to express ourselves for fear of insulting someone or exposing ourselves to emotional distress.

• Each member in the transition has to consider what the other parties have at stake, and what they are dealing with. All agreements must be fair and to an advantage for everyone, sometimes that means you may not get the most bang for your buck but that you have a common end goal.

There have been many struggles and rewards since we first committed to taking control of our future. Our family has been homeless and struggled to make ends meet. We have seen the highest market in history and the most rapid market decline in history. We had purchased a set of cows in 2015 and were unable to make the payment on those cows in 2016 due to the market decline and problems with contracts we had made, causing us to default on the agreement. But through it all we have been blessed with the help of many good people. I did not realize for nearly 5 years that when we moved in with Jamie’s Uncle Bill it was because he had actually asked her if we would move in with him. He knew we had no place to go and were going to have to move away. He did not want to see that. My brother Shawn has been my biggest fan since I can remember. He is very supportive and has helped us so many ways, they are too numerous to mention. Our landlords offered us a long-term lease and have made it clear they want this ranch to be our home for a very long time. Our bank has been supportive and is very encouraging, even in a time of tough markets. Bob Simmons hired me to help him calve and his family has become a part of our family.

Lynn and Marlene Myers continue to send us cows and be supportive of our adventures. Lynn has known me most of my life and not only is he a business partner, he has become a part of our family. Lynn has pushed me to share our story and is the reason I have written this article. Lynn has also introduced me into the public speaking platform, encouraging me to speak about my experience for the benefit of other ranchers, young and old, and to speak about and teach others the stockmanship skills that have contributed to my success.

There have been many struggles personally, emotionally, financially and even spiritually. We wouldn’t trade this experience for anything. Our children are being raised as we had hoped and they love it, most days. We are very slowly building something that, God willing, we can pass along. Our Family Legacy has begun. We are following our dreams. Those dreams would have not become a reality without the people that have supported us.

Ryan Sexson is available to speak on his experience with transitions and on stockmanship how-tos and its importance to successful ranch management. Click to contact him. 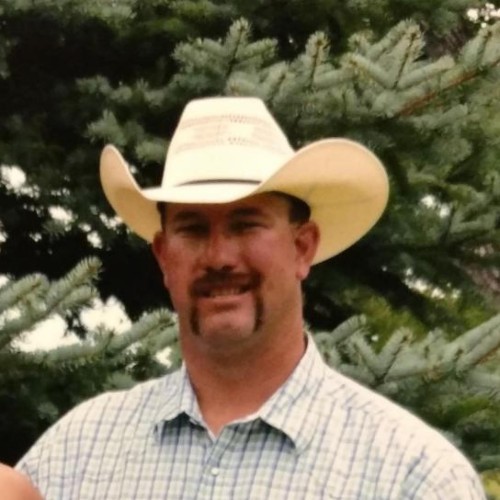 Ryan Sexson
Ryan Sexson and his wife Jamie were born and raised in the Sandhills and have a passion for ranching. Both of them have been told numerous times that there is no future in ranching, however, they have found that statement anything but true. They lease a small ranch south of Nenzel, Nebraska. They own a portion of the cow herd and take in cows on shares. They also custom calve some heifers and cows. Ryan and Jamie concentrate heavily on a “holistic” approach to everything in their lives, not just ranching. The holistic approach helps with problem solving. Whether it is grazing, budgeting or family time, Ryan and Jamie attempt to make it all work together.They are using what they have learned from Holistic Management courses, Bud Williams' stockmanship schools, and Ranching for Profit classes to build a successful ranching operation. Legacy is important to both of them, and they have concentrated on building relationships and gaining knowledge in order to develop a sustainable business to pass to their children if they desire to follow in their parents’ footsteps. Ryan hopes to have some knowledge and ideas that can help others, particularly those that have a desire to start their own operation.