If there’s a romantic image that tugs at our heart strings as much as the thought of homegrown tomatoes, it’s the multi-generational family farm. In a culture that has spurned the union of the generations — that frowns upon the thirty-something living in his parents’ basement, mocks the new family who moves in with Grandma, offers condolence to the empty nesters who take in an aging parent, builds television sitcoms about the interpersonal conflicts between married couples and the in-laws, and peddles financial products to discourage elders from ever being a “burden,” the family farm has been America’s great exception to the now-expected independent nuclear unit. Farms proudly advertise the number of generations who have lived on the same land; signs are hung on the side of barns to commemorate the 100th continuous year of business within the same family; awards are handed out, stories written, legends passed down within rural communities celebrating the differences from father to son, mother to daughter.

And in an era when the rest of the country is discovering that breaking ourselves into nuclear units is coming at an ecological, financial and emotional cost, the multi-generational family farm feels like the last cultural example we can turn to as a reminder of what might make for a viable future, whether the multiple generations are in the city, the suburbs, or on the land.

But this week I heard three painful stories about the tensions among the agrarian generations. One young family, indebted over $500,000 in an effort to take over the family farm, is being crippled from making sustainable changes on the land by both excessive financial burdens, and a lack of physical and emotional support from the older generation. Another family with children, who’d invested several years in building an organic enterprise on the family farm and buying out the parents, is finally abandoning their dreams and is trying to find land elsewhere, because the inter-generational conflicts were insurmountable. And a third couple, who moved back to take over the family farm a few years ago, has just moved out again, their efforts at reviving the land having met too much resistance. Their marriage is on the cusp of breaking up, too.

I know my generation can be a nuisance. We want everything instantly. We grew up with little to no training in financial literacy. We learned that controlling expenses wasn’t as critical as earning a big paycheck. And when the big paycheck never showed up, we were sold a bill of goods that we could afford more debt than was realistic. At the same time, we’re questioning how hard we want to work. We don’t ubiquitously buy into the idea that logging 80-100 hours of labor in a week is the best way to take care of family. And to add to matters, we’re expressing a lot of annoyance at the detritus bequeathed to us by our parents and grandparents: depleting fossil fuel reserves, excess carbon in the atmosphere, polluted water, environmental toxins, lost topsoil, nutrient-deficient foods, and the chronic illnesses that ensue from these things.

At the same time, the older generations have their burdens, too. The 401Ks that seemed so cushy a few years back aren’t quite so robust. The vision of “golden years” spent golfing and playing tennis in sunny Florida have been replaced by fears over medical expenses and the humiliating prospect of lost independence. It’s hard to be generous with grown children when you feel insecure yourself. ….Especially when those kids enter the scene with crazy ideas about changing how the farm is managed, questioning the lifetime decisions of the elders; or they contrive new-fangled business plans for ventures that seem risky.

I moved back to my family’s farm in 1996, at the age of 22. While I spent a few years in graduate school, I came home every weekend and summer, and have been an active part of the business since that time. In the 17 years I’ve been involved with Sap Bush Hollow, I fell in love with a man, convinced him to move here to start a life together, began a family, and bit by bit have grown more deeply into the family business. Bob and I realized early on that my parents were too young and vibrant for us to simply “step in and take over,” and our different skill sets and personalities have required that we find unusual ways to blend with the family business. Some of our livelihood from the farm comes from actual labor, some of it comes from our own entrepreneurial ventures. We don’t live in the same house as my parents, which has its benefits and drawbacks.

It isn’t all butterflies and rainbows here, that’s for certain. We have arguments, we storm off, hang up on each other and occasionally sit down and have some good cries. But after nearly 20 years, we’re still here, still working together on this business; still in agreement that this family farm offers the best possible life for all of us. Along the way, there’ve been a few lessons and practices that have really made a big difference in the viability of our inter-generational cooperation:

1. The stated goal of the business.

Posted on the wall of the farm office is a piece of paper, typed up maybe 25 years ago. Mom and Dad wrote it to express their goals and dreams. And the number one goal at the top of the page reads: We want to create a business that one or both of our children would want to run.

It’s not saying that the kids have to take it over. It’s just saying that the quality of the venture needs to reflect the needs and desires of the next generation. Thus, every decision they make on that farm gets tested against this top goal. As the next generation, I have a sense of security that my thoughts and ideas matter, that Bob’s and my quality of life is critical to the success of Sap Bush Hollow.

I remember the day a neighboring farmer drove into the barnyard to talk to Mom and Dad about the financial potential of signing a lease to allow hydro-fracking on our land. Dad shrugged his shoulders and said he couldn’t help him. “It’s not my land,” he said.

“Isn’t your name on the deed?”

“Doesn’t matter.” He pointed to Saoirse and Ula, then about 5 and 2, who were tumbling across the front field. “It’s not mine. It’s theirs.”

And that’s the tone around here. None of us owns it. It is forever owned by the next generation. Whoever has their name on the deed is a temporary steward. Thus, while Mom and Dad are counting on the farm to sustain them as part of their retirement, the land is not a source of retirement income. It is a resource for each successive generation. When Mom and Dad made a choice to buy a farm, they weren’t buying a retirement asset. They were securing a resource for the family and its subsequent generations.

For Bob and me, this means we’ll never “own” the land, either. We derive benefit from the resources it offers, and it is our job to bridge to the next generation, and to help make sure Mom and Dad will be able to be comfortable in their retirement, without having to sell that land.

Keeping the farm in the family is a lot easier when the bank doesn’t have a lien on the property. At Sap Bush Hollow, we’ve been masters at diversifying our income with small ventures that are not capital-intensive, which keeps us in control of the money and out of debt. And all of us are pretty skilled at living on the cheap. One of the many benefits is that there is a lot less stress between the generations. Interestingly, since thrift and frugality is a defining quality of our family culture, we find it easy to be generous and trusting with each other. No one worries about someone else wasting money.

4. The most important “product” is the next generation.

There is an agreement across the family that Saoirse and Ula are number one. This means that homeschool is not squeezed into the interstices between loading cattle and chasing pigs. The teaching space and time is sacred. Family meals are of paramount importance. Adequate rest to allow for a calm, happy family life is critical. And their safety matters above all else. As the parents, this makes Bob’s and my job a lot easier. We don’t feel as though our fidelity to the family business is questioned when we need to honor our commitments to our children. The person who leaves farm work to prepare the daily meal, teach the kids, or maintain the home is as valuable as the one making hay.

We didn’t start out in our family venture knowing all these rules for success. Over the years, we’ve grown into them, and a lot of the lessons were learned the hard way, through emotionally trying experience. I’d be a fool to suggest that these were the only keys to success, and I’d be even more of a fool to argue that, because of these attributes, our farm will be “sustainable.” No one ever really knows the answer to that question. All I can say is that, for 17 years, life has been good. So good, in fact, that I can say I am happy where I am, and that everyone in the Sap Bush Hollow family seems to share the daily intentions to continue the quality of life we have.

Certainly, these words cannot salve the pain of those three farm families I mentioned earlier. What’s done is done. We’ve entered an era that asks us to un-learn the last 60 years of cultural conditioning, and to reclaim wisdom from generations that are nearly gone. It isn’t easy, and our lessons are hard-won. But hopefully we will hold onto the re-discovered wisdom this time, pass it along to our children, and enable each successive generation to grow up comfortable walking sustainably on this earth. 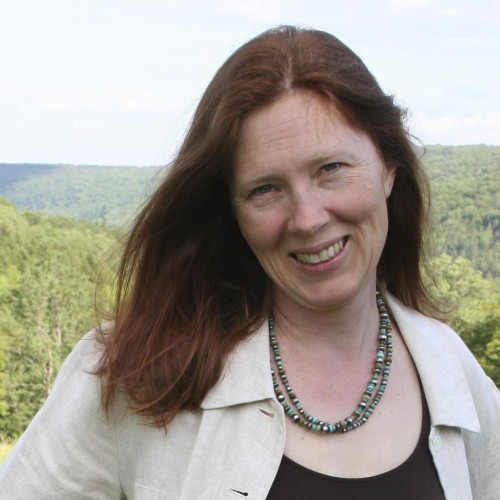