I was told by a well established USDA inspected poultry processor that there were only a dozen or so small-scale USDA inspected poultry processors in the country that are willing to process for independent farmers. I thought, “That cannot be true!” So as the Program Manager of the Niche Meat Processor Assistance Network, a Cooperative Extension sponsored initiative housed at Oregon State University, I decided to find out.

We have a listserv of over 1,300 folks, most of them either meat processors or meat producers, so I started by asking the question there. I got around 20 or so recommendations of processors for my list. Then I reached out to the American Pastured Poultry Producers Association and got a few more. Now my list is up to around 25 processors who are willing to do fee-for-service processing for farmers.

Fee-for-service processing means that different farmers can schedule a processing slot at these plants, pay a processing fee, and get their birds back packaged and cooled down (and sometimes cut-up). With the USDA inspection and the stamp on the label, that poultry can be sold across state lines, to grocery stores, or to any number of wholesale distributors because it has been processed under federal inspection. For farmers wanting the widest and most flexible options of where to sell their meat, finding a quality USDA plant that will process for them makes all the difference. It is often the difference between being a hobby venture versus being a real profit center for the farm. Of course, most states allow a defined number of birds to be processed on the farm of origin without federal inspection, but the number of birds and the places that poultry can be sold is very limited (more info on each states rules here).

Why aren’t there more USDA inspected poultry plants, you wonder? There probably used to be considerably more, although there is not good data on that. Many existing plants were purchased by private companies and only process for private brands. There are also not that many independent poultry farmers anymore. For example, more than 97% of chicken farmers in the US work under contract with a large brand. That leaves very few independent chicken farmers, and even fewer who need regular USDA processing.  If there are few independent farmers there will be few independent processors. They both depend on each other.

It is no small endeavor to build and operate a USDA inspected poultry plant, even on a small scale. Georgia Organics commissioned a study in 2012 that demonstrated a small 3,000 square foot poultry plant would cost around $850K to build and equip, and around $113K to operate each year. Their projections showed a plant of that size not even breaking even until year 4 when it was processing around 50,000 broiler chickens, and that was assuming no debt repayment for the building (expecting much of it could come from federal, state, and county grants). Another plant that was started as a non-profit in North Carolina (so it could obtain grant funds), spent around $1 million to build/equip and also expected around 4 years until it broke even.

There are not many entrepreneurs who can invest that kind of capital with that poor a return on investment. That is not to say it can’t be done. For a more modest investment and a much smaller footprint, the shipping container plant that Maple Wind Farms in Vermont installed its processing poultry under USDA inspection (for their farm and other nearby farms) for closer to a $150K investment.

If you know of other USDA inspected plants that are currently willing to process for farmers on a fee-for-service basis, please do drop me an email at thistle@oregonstate.edu and I will add them to my list.

Hey! A Big Thanks to the On Pasture supporters providing financial support. You make On Pasture happen every week! To be sustainable, we need community-wide support. If it’s an option for you, consider becoming an “Ongoing Supporter” at just $5/month. Being able to show that kind of support is especially helpful when we’re approaching outside funders. 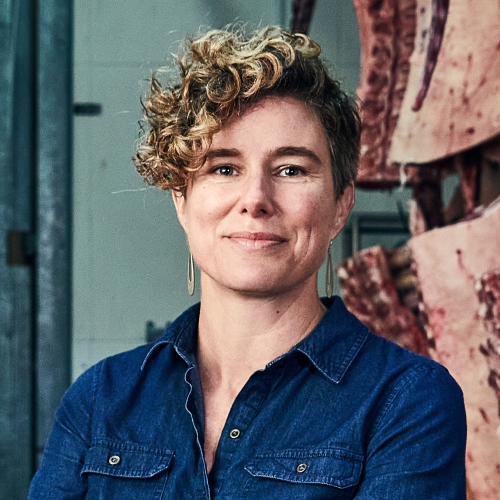