Be a Business, Not a Charity – Lessons From a Young Grazier

One of the things folks say they like about On Pasture is that our authors are also willing to share mistakes and lessons learned from things they did that didn’t go according to plan. That’s the whole point of this article, shared by Meg Grzeskiewicz. We’ve seen these same issues crop up for all kinds of readers, so we think you’ll find this helpful.

January 2018 makes it four and a half years that Rhinestone Cattle Company has been in the grassfed beef business. I started out with a 7-acre leased pasture and intentions to stocker three calves for a summer, then grow through retained profits. Since then I have managed a maximum herd of 120 head, leased over 300 acres of pasture, built 26,000 feet of fence by hand, and brought in upwards of $24,000 in custom grazing revenue. Daily life running a startup one-person grazing enterprise bordered on misery for a while, but I have definitely made it through the hardest part.

Looking back now on the things I thought, did and advocated when I first started, I have changed my tune on quite a few things and learned some hard lessons. Some of you veteran farmers will get a good chuckle out of my beginner’s ignorance and arrogance. This stuff is really uncomfortable for me to talk about because I have to admit to doing some really dumb things. But some of these mistakes could potentially end your farming career if you make them, so teaching you these lessons is more important to me than my ego is. Trying to look like a big shot doesn’t help anyone. A young farmer I met at the Grassfed Exchange conference this past fall said that he wishes agricultural educators would share more about their mistakes, failures and things that haven’t gone perfectly. Of course everyone wants to showcase their successes, but I agree with him that the illusion of perfection can backfire and discourage students sometimes. It’s hard to see how the experts went from novices to masters and how we can follow. So over the next few months, I will be sharing a series of articles about my boneheaded beef business blunders and what you can learn from them.

After spending two years looking for land to lease around my hometown and not having any luck, I was getting pretty desperate to find more pasture. Being in the right area makes all the difference, and New York’s Erie County was not the right area. I finally found two interested landowners with commercial-scale parcels, in the next county to the southeast. I was in a big rush to take my cattle enterprise from a 7-acre hobby and experiment, to an actual business, and I couldn’t stand the thought of missing out on this growing season if I couldn’t find land in time.

I figured that if I gave these landowners a really sweet deal, they’d be grateful to have me and they would keep me around at renewal time. I had what I expected to be a home run of a custom grazing deal set up, and was making a good buck at my day job. At the time that I signed the contracts, I felt confident that I had the resources to be really generous to my landowners. After all, I was going to be raising a premium, high-dollar product and I was going to get rich! I agreed to a much higher rent rate per acre than the land was worth. Even worse, I promised to do all sorts of expensive, time-consuming favors for the landowners that did not generate any income for me. We were complete strangers to each other and I was not from the area, so I thought I basically needed to bribe them to convince them to sign their land over to me. In small towns, you’re often at a big disadvantage if your family hasn’t been there for 5 generations.

Six months later, my miracle custom grazing deal fell through and I lost that high-paying day job. Suddenly I was working third shift at a cookie factory for minimum wage. One of my landowners decided to sell his property, and let me out of the lease contract. That turned out to be quite a blessing, because trying to pay the $70/acre I had promised him would have driven my young cattle company to bankruptcy. Even with that burden off my shoulders, a more affordable replacement farm and a wonderful new custom grazing partner the next year, the favors I promised my other original landowner still caused me much financial distress. I continued to struggle because of that deal until they terminated it this past spring, making it the hardest lesson I have learned to date.

You have a moral obligation to be fair, but not to be generous.
I have definitely learned to act like a business and not a charity when negotiating any type of contract.  It is the landowner’s job to make sure he or she gets a good deal for themselves, not yours!

You are responsible for securing a profitable deal for yourself.
Offer as little as possible. If a potential landowner is driving a hard bargain out of the gate, they will not be a cooperative partner down the road. Walk away!

Do not get desperate to find land within a certain time frame, and do not bribe your way into a lease.
It is far better to get a year or two later start on your grazing enterprise, than to get stuck in a bad deal that will preclude you from profitability for years.

Make sure you have a clear grasp on your numbers before getting into any lease or contract talks.
Part of my problem was that I didn’t dig deeply enough into the economics of what I wanted to do. The other part was that I didn’t yet have enough experience to create an accurate economic plan for the venture. Make sure you have a backup plan for the survival and continuation of your business in the event that a deal falls apart.

I was proud to realize that I had learned from this experience when I was approached last year about a potential custom grazing deal. A local farmer asked me to take a small number of cattle for a couple weeks. As much as I wanted to help him, I declined. The potential income from taking these cattle would have been insignificant compared to the increased workload and health risks to my herd that they represented. This did not have the potential to be a game changer for my business, but it could have easily become a disaster if anything went wrong. I chose to protect my closed herd and prioritize the interests of my current custom herd owner, with whom I have an excellent working relationship.

Not every opportunity you come across is a good one.
I have finally learned to wait for and take only the most lucrative deals, not to just jump at every dollar someone dangles in front of me.

Next: Not everyone is out to take advantage of you…but some are. 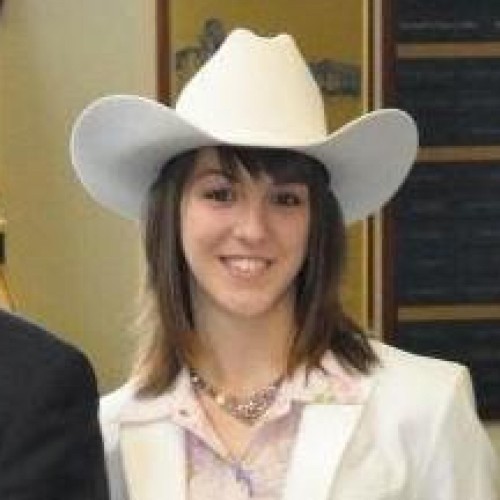