Are parasites a limiting factor in your flock/herd?

The parasites that infest sheep can be an enormous drag on sheep production. Year in and year out, they probably cause more death and disease in some producers’ lamb crops than any other single factor, including predators.

The days when the answer to parasite management was to drench all the sheep every month are behind us. Parasites have started to evolve resistance to various classes of dewormers. The problem with chemical resistance is so pronounced in some parts of the Southeast US that there are farms where no wormer works anymore, and there’s at least some degree of chemical resistance nearly every place where worms are a problem.

The first step in knowing how to manage parasites in your own farm is to know what’s going on in your flock’s guts and in the environment they inhabit. The second step is to know what environmental factors play into parasite reproduction and infectivity. In the final analysis, the answer for how to manage parasites is probably going to be a little bit different in every flock.

The standard life cycle of parasites

Most internal parasites of sheep follow the same basic life cycle. An infested sheep sheds parasite eggs in its dung. The egg incubates in the pellet, and hatches into a larva. As the larva develops, it migrates up the vegetation, where the sheep ingests it. It matures in the sheep’s stomach, reproduces, and starts the cycle over again.

On average, it takes about three weeks for an egg to develop into a mature reproductive adult during the growing season. However, there are lots of things that affect how this happens. Eggs hatch faster when its warm and moist, more larvae survive when there’s surface moisture on the vegetation. Cold or dry conditions can slow or even stop the life cycle without actually killing the eggs and larvae. Even eggs that are shed at the same time will hatch as much as two weeks apart.

We can use an understanding of this life cycle and its subtle changes to help us manage parasites in our sheep. Basically, we need to understand that there’s really no such thing as clean pasture in most of the US, unless sheep have been off the land for a full growing season or more. We can also figure that if rain comes after a long dry spell, there will be a major hatch of eggs and movement of larvae, and be extra vigilant to mount whatever intervention is most appropriate for our operations.

The worst of the worst

In North America, there are several species of parasites of concern to sheep producers. The Godzilla of small ruminant parasites is Haemonchus contortus, commonly called the barberpole worm. It draws its name from the appearance of the female. Under a microscope, it appears to have a clear skin, through which you can see two filaments, wrapped around one another in a spiral. One is red, and one is white, like a red and white barber’s pole.

The red filament is its digestive tract, which is full of your sheep’s red blood. The white filament is its reproductive tract, full of white eggs. This tells you what this worm does: it sucks sheep blood and lays eggs. It does both prodigiously. A single female can lay tens of thousands of eggs in her lifetime. A single adult ewe can support a thousand or so of these worms without showing much in the way of symptoms. If you start multiplying a few hundred ewes times a thousand worms times 25,000 plus eggs per worm, you can see how this parasite can come to dominate others in terms of its impact on the sheep flock.

It is also this excellent reproductive efficiency that has allowed the barberpole worm to develop resistance to chemical dewormers so much faster than other species of parasites. Even the very best wormer, administered perfectly, isn’t absolutely 100 percent effective. Maybe it’s 99.9 percent effective. If the ewe is carrying 1000 worms, that means one survives, and — more importantly — that one that survived is resistant to the dewormer. The eggs it lays will carry that trait.

In the next generation, the dewormer might only be 98 percent effective. That means that 20 resistant worms survive to pass on their resistant genes. Like the pond lily that doubles the amount of the pond it covers every day, the resistance grows very slowly at first, and then very suddenly makes the wormer fail.

Moreover, Haemonchus can go from an egg in a dung pellet to a reproductive adult in as little as three weeks in ideal conditions. That means in some parts of the country, it can go through five, six, or even seven generations in a single growing season. Each of those generations that is exposed to a wormer will develop more resistance to that wormer.

All the other species of internal parasites are undergoing the same process, but they tend to shed fewer eggs and have longer generational intervals, so it takes them longer to develop resistance to the drugs we have to fight them.

So, is the drench gun a thing of the past?

For most producers — particularly those who graze their sheep in areas with high rainfall and humidity — the drench gun is definitely still an important tool. But we also need to learn to be smarter than the parasites we’re fighting. Our brains will be more important than our drug cabinet.

We must learn how to disrupt the parasite life cycles on our farms. For instance, most sheep worms cannot survive in the guts of cattle. If cattle graze after sheep, they will ingest most of the parasites that the sheep have left behind, reducing the number of larvae that can infect the sheep the next time they graze that same ground.

Or, we could allow a field to regrow after the sheep have grazed it and then take a cutting of hay. The drying process will kill the vast majority of the larvae, and very few will survive in the stubble after the hay is removed.

But for most farms, there will be times when drenching is necessary, especially in lambs. Adult sheep develop a certain level of immunity to parasites, but lambs are extremely vulnerable. However we approach it, the goal should remain to manage the parasites both inside and outside of the sheep.

Breeding the right kind of worms

We’ve all heard that you get what you select for. The problem is that we apply it to our sheep and not to our worm populations.

If you wanted to develop a parasite that would be immune to a particular drench substance, the best way to do it would be to follow the old advice about how to control worms in sheep: drench every three weeks, drench every animal, and move them to clean pasture. Let’s explore how this program favors the parasites in the long run.

Every time we administer a drench, some percentage of the worms survive. Whatever traits the worms had that allowed them to survive are passed on to their offspring. If you drench every three weeks, you’re ensuring that every new generation of worms gets culled — any parasites that don’t have the traits to survive are killed.

If you drench every sheep in the flock and then move them to clean pasture, the only worms left to breed will be the ones that are resistant to the drench. The longer you do that, the more you concentrate the trait.

If these were sheep, concentrating the trait might be a good thing. But with worms, we want to keep the susceptible worms so that they will breed with the resistant worms and dilute the trait. The two keys to doing that are to drench as infrequently as you can, leave a few sheep untreated, and don’t move freshly drenched sheep to clean pasture.

This advice is at odds with what would seem to be the common-sense goal of getting rid of all the parasites any time they show up. But the fact of the matter is that where there are sheep, there will be parasites of sheep. We can’t ever kill them all, so we had better start figuring out how to choose the ones we live with. We can help slow down the parasites’ development of resistance by reducing the amount of drenching that we do, and by trying to make sure that we maintain a stock of susceptible parasites to breed with the resistant ones.

What about parasite resistance in sheep?

There is some very interesting research and breeding going on that looks very promising in the development of sheep that are resistant to parasites, or that are resilient. The difference between resistance and resilience is that a resistant sheep will be able to fight off parasites and prevent an infection, and a resilient one may get infected but is able to withstand the effects of the infection.

As with most broad generalizations, it’s probably dangerous to believe that certain breeds of sheep or types of sheep (such as hair sheep) are resistant to parasites. There are breeders within some breeds (Katahdins in particular) who have developed resistant lines using sophisticated computer programs that predict how well a particular ram or ewe will pass along resistance to its offspring. These breeders work with the National Sheep Improvement Program to document parasite resistance in their sheep.

Can we just manage our pastures better?

Organic producers in some parts of the country have shown that parasite losses can be kept to acceptable levels via pasture management and other non-chemical interventions. But simply using rotational grazing won’t usually be enough. We’ll share examples of how parasites are controlled in organic, dairy, show, and fiber flocks in a future article.

For most flocks, there won’t be any silver bullet. Parasites have had a very long time to evolve with sheep and adapt to our methods of controlling them. We need to use all the tools at our disposal — most importantly our brains — to fight them.

(For more on managing pastures to reduce parasite problems, see this article by Dave Scott of NCAT.)

Yes! I Can Help!
Facebook
Twitter
Pinterest
WhatsApp
Previous article
Honey locust pods as part of a complete (livestock) breakfast
Next article
Do You Need a Grazing Chart? Only if You Want More Grazing Days and More Fun Days 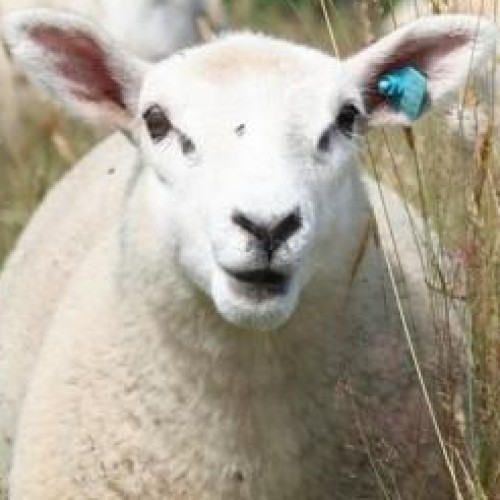