It was about nine in the evening when the phone rang. I looked at Sandy, almost wanting to ignore the call. It glanced out the window, and even in the dark, I could see it was raining hard.

“You better answer it,” Sandy said.

I picked up the phone and said, “Hello, this is Doctor Larsen.”

“Dave, this is Stan. I’m up here at Barney’s with a couple of guys, and we are working on Barney’s heifer. She has a prolapsed uterus, and we are having one heck of a time trying to get it back in place.”

“Just pretend you are pushing a basketball through a knothole, and you won’t have any problem,” I said.

“You sure got that right,” Stan said. “One of the guys here wants to pour sugar on the thing. Do you think that will help?”

“That is something I never do,” I said. “I think you are just asking for a rip-roaring uterine infection if you do that. I know it’s done, probably by some veterinarians even, but I don’t like the practice. This is just a job. You have to make sure that the uterus is well-scrubbed. Then you lube it up, with KY or I use J-Lube. If it is challenging, I use a drug to start the uterus to shrink up a little. And it helps if you can elevate the rear end of the cow, which lets all the guts to fall forward a little and makes the job easier. My old boss in Enumclaw would hang cows by their hocks with a tractor’s front-end loader. Then the uterus would just about fall in place.”

“We don’t have any of that, but I wanted to check with you before we used any sugar,” Stan said. “We will lube this thing up and try again, but if we can’t get it done, do you think you could run up here and give us a hand?”

“Sure, you go give it one more try, and I will get ready to come up the hill,” I said. “You know it’s best to set a timer on yourself. If you don’t get it done in twenty minutes, you need to be trying something else.”

“Who was that on the phone?” Sandy asked.

“Stan Walters, he’s up at Barney’s trying to get a prolapsed uterus back into a heifer,” I said. “I’m going to get ready and just run there unless he calls back before I leave. Even if they get it back in place, the cow will need some treatment. He has several guys there helping. I think Stan knows enough to keep things clean, but who knows about the other guys. It is sort like the old saying, too many hands in the soup, makes bad soup.”

It had been almost fifteen minutes since Stan had called, and I was ready to go. Rather than wait for a call, I just ran up to Barney’s.

The light was on in Barney’s small barn when I pulled up to the door. Walking inside, I was presented with quite a sight. There was Barney, sort of overseeing the process. Stan and two other guys are down on their knees behind this heifer, pushing and straining and getting nowhere.

I moved everyone aside and slid a plastic bag under the prolapsed uterus that was hanging out onto the straw. Then I gave the heifer an IV dose of oxytocin. You could watch the uterus start to contract as I scrubbed it with Betadine. After rinsing it well, I applied J-Lube. The uterus was probably one-third the size that it was when I started.

I put the fist of my left hand at the end of the prolapse, and with one continued hard push, the uterus slid through the vulva and fell into a normal position.

“Now, we have had three of us working on this thing for over an hour, and you come along and push the thing back in place in less than fifteen minutes,” Stan said.

“Me and a little help from my oxytocin,” I said. “It just helps to know how to do things.”

“Yes, I have done it a lot of times and in a lot of worse situations,” I said. “Like I said on the phone, elevating the rear end makes the job very easy. But it can be done with her lying right here. The uterus has to be clean and then well lubricated. I like to start at the end, just pushing a little at a time and not letting any of it back out once you get it in. It will seem like you are not getting anywhere, and then all of a sudden, it will just sort fall into place.”

“That was part of our problem,” Stan said. “We would get some of it in and then stop to breathe, and it would all push right back out.”

“Yes, you sort of have to think you are in a wrestling match. You can’t stop to take a breath,” I said. “It can be one of the hardest jobs I do, sometimes. But then, with a little oxytocin, and a relatively early prolapse, it can be a hard job made easy.”

“What do we need to do now?” Barney asked.

“I’m going to put five grams of tetracycline powder into this uterus just because of all the work that has been done on it,” I said. “And I am going to put a few sutures across the vulva, just to make sure it doesn’t come out again. To be honest, I have never heard of a uterus coming out a second time, but I always suture the vulva, just so I can go home and sleep well tonight.”

I opened a five-gram pouch of tetracycline powder and carried it into the uterus with my left hand. I dumped the powder out and squeezed the pouch to ensure it was all dispensed. Then I placed three sutures across the vulva using quarter-inch umbilical tape. And finally, I gave the heifer four boluses of long-acting sulfa. This would give her five days of therapy.

“Barney, I will run by here in three days to check her over and to remove those sutures,” I said while I slapped the heifer on the rump. The heifer jumped right up.

“So what causes something like this to happen in the first place?” Stan asked. “I mean, I have been around calving cows for many years, and I have never seen anything like this.”

“I don’t know how often it occurs, but it is a common problem for me during calving season,” I said. “I mean, I will treat more uterine prolapses than I will do C-sections. It is a sort of positional thing. Maybe five percent of milk fever or other downer cow problems have uterine prolapse. In a heifer like this, if she is down and pushes the calf out, and that uterus falls just right, and she gives one more push, it just pops out. I have had people tell me they were right there and couldn’t do a thing to stop it. It is a very rapid event, one push, and bam, it’s out.”

“Is she going to be okay to breed next year?” Barney asked.

“I am sure we lose some fertility,” I said. “In a C-section, we lose six to twenty percent of fertility. I don’t know the numbers here, probably less than that, but there is some loss. A lot has to do with how well the uterus is treated while it is out. But you just never know. I have put some pretty rough-looking uteruses back together, and they do well. Then you put one back that looks fine, and the cow gets a hot uterine infection and dies.”

“You don’t think she is going to die, do you?” Barney asked.

“No, I don’t think so,” I said. “But you need to watch her, and if she is not eating or something, you call, don’t wait for me to check back in three days.”

“Well, thanks for doing the job,” Stan said. “I don’t think we would have got it done.”

“If there is any lesson to be learned here tonight, it is to put a timer on yourself. You don’t want to work for two hours on a calf or on a uterus and not make any progress. If you haven’t got the job done in twenty or thirty minutes, you need to call for help.”

Yes! I Can Help!
Facebook
Twitter
Pinterest
WhatsApp
Previous article
Mob Grazing to Meet Profit and Forage and Soil Health Goals
Next article
Business Planning to Get Where You Want to Go 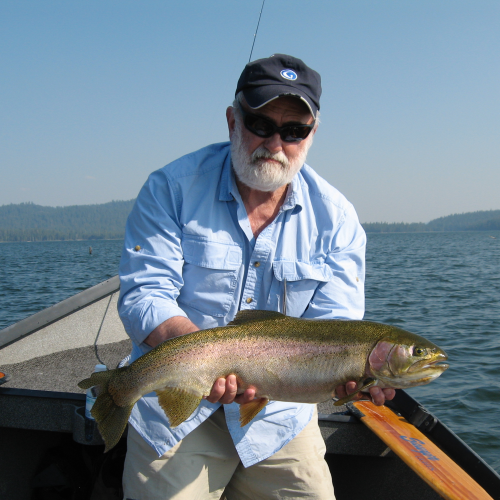 David Larsen
Dr. Larsen was a country vet for over 40 years in Sweet Home Oregon. He graduated from Colorado State University in 1975. and practiced in Enumclaw, Washington for a year and a half before moving to Sweet Home to start a practice. Since retirement he has published two books of short stories about his practice: "Last Cow in the Chute" and "The Widow Woman's Ranch." They're full of great lessons about caring for animals.