It’s that time of year when we begin to think about weeds in our pastures. So I’m bringing back this great piece from Jim Gerrish showing how he managed to reduce a particularly problematic weed using a high density grazing program. Be sure to check the comments at the end where Jim adds additional information about grazing and weed management.

When we first moved to Idaho in 2004 we were introduced to the presence of invasive noxious weeds in the pasture on the small property we had purchased. Back in Missouri we had some thistles and ragweed which seem to be present to some degree in almost every pasture back in the Midwest. What we weren’t used to was the legal mandate requiring us to control those weeds on our property.

Most landowners in the area routinely spray their pastures for control of those noxious weeds. In the 20+ years we had been on our farm in Missouri, I had never once sprayed one ounce of herbicide for weed control. Since everyone else in the neighborhood was spraying their weeds, I felt enough peer pressure that I did it for a couple of years. I didn’t like doing it as we were already quite deficient in legume content in the pasture and there were other beneficial forbs I would have liked to have present in the pasture.

Looking around the neighborhood, it was painfully apparent that those good citizens who had been spraying religiously for the last 10 years still had plenty of knapweed to go around. I quit spraying and just let the cattle we were custom grazing there for a neighbor eat what they would. I have to admit the knapweed presence in the pasture steadily increased over those several years. It was getting bad enough I decided I needed to be a little more proactive to keep the county from coming to spray my field and handing me a bill for their diligent service.

A quick read of the existing literature on grazing for knapweed control suggested the window of opportunity for making a meaningful impact on the weed was between early bud and full bloom. The research said knapweed grazed severely during mid to full bloom experienced over 90% reduction in seed yield. In the past we had started our grazing while the knapweed was in a vegetative state and never delivered enough grazing pressure to force the cattle to eat the knapweed once it began blooming. The pasture we are working on is 16 acres of wild flood land and we generally have had 30 to 35 replacement heifers and a bull for about five weeks of grazing.

We made our first grazing pass across the 16 acres in about 5 weeks and then went over what we had grazed early for another three week period. The part of the pasture that we hit after mid-bloom was only grazed once, while what we had grazed at a less mature stage was grazed a second time with the plants at full bloom or even more mature.

Here is grazing spotted knapweed at full bloom. In the foreground you see where the cattle will be grazing the next day.

This is what it looks like behind the cattle following 2x per day moves.

This is the set up for the 3 moves per day. Grazing is just a matter of leap frogging a 100 foot piece of polytape ahead for the next move.

This is the outcome of 2x per day moves on the right compared with 1x moves where the cattle are on the left. Note the greening up on the right strip. the cattle have been off that pasture for 4 days.

Here we’re grazing a mixture of spotted knapweed and yellow toadflax. Note the cabin position in the background and the one large sagebrush clump.

This is the same spot at the the photo above, just 24 hours later.

This is the same spot as the 2 photos above 6 weeks later. Note the very low density of knapweed plants and the low number of blooms. While it may not look like that much recovery on the pasture, we do not plan to have cattle here again until late June of 2016.

A broader view of the field six weeks after grazing was completed. There are very few weeds to be seen.

Overall I was very pleased with the outcome of this single season of heavy grazing pressure during the blooming phase of growth. Evaluating the pastures a month after the end of grazing showed very few knapweed plants with any more than a half dozen flowers. Many plants were just stem stubs with a few leaves and one or two flowers.

We will repeat the timing and severity of grazing in 2016 and reevaluate the outcome next fall. County weed guys never stopped by to see what I was doing, but they also bypassed spraying my outlaw pasture one more time. If we have good success in 2016, I might invite them over to have a look.

Yes! I Can Help!
Facebook
Twitter
Pinterest
WhatsApp
Previous article
Are You Keeping the Records You Need to Create Success?
Next article
Record Keeping is a Waste of Time Unless…. 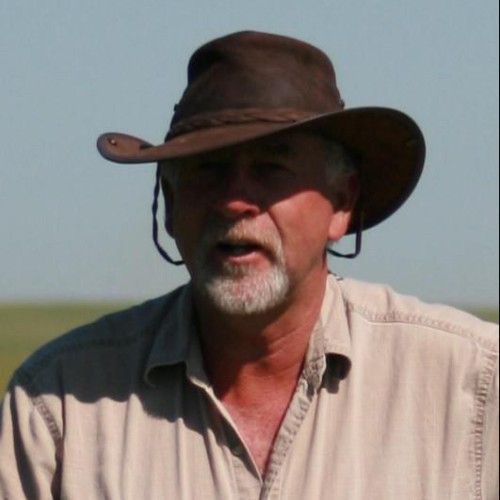