Get Rid of Solid-Sided Handling Facilities

Editors Note:  Over the next few weeks we will be sharing excerpts from Stockmanship Journal’s article “Grandin’s Approach to Facilities and Animal Handling: An Analysis” (Volume 3 Issue 1).  (Read Part I here.) The authors, Whit Hibbard and Dr. Lynn Locatelli, are both practitioners and teachers of the Bud Williams school of stockmanship and are well known for helping feedlots and ranches improve their operations through Low-Stress Livestock Handling education.  In this article they look at the handling facilities designed by Temple Grandin, and compare it to their experiences with good stockmanship and animal behavior.  Each section begins with a summation of Grandin’s position followed with the analysis. The final article in this series will be a response from Temple Grandin.

The purpose of the authors’ analysis is to encourage an exchange of ideas while analyzing, evaluating and critiquing theories and ideas in a search for better outcomes for animal handlers.   They want to help answer the questions they’ve often been asked:  “What kind of animal handling facilities should we build? Solid-sided, curved, tub systems, like those promoted by Temple Grandin can be expensive, but is that our best option?  Or are there are other ways to get us where we want to be?”

This is groundbreaking analysis and On Pasture is honored to be selected to share it as excerpts.  If you’d like to cut to the chase and read the entire article, here is the link.  Otherwise, we’ll see you here weekly for an analysis of handling techniques and facilities.

Grandin concedes that open sides on livestock handling facilities are acceptable under certain circumstances (i.e., the facility must be completely free of distractions and the handlers must be very sensitive to and work the animals’ flight zones properly). [9] However, in most situations Grandin argues that solid sides in alleys, tubs, and snakes are essential to minimize distractions—such as people standing around the squeeze chute up ahead—which cause balking. This is especially important, she says, in large feedlots and abattoirs where there’s a lot of activity. [5, 9]

Saying that “cattle emotions and behavior are controlled by what they see,” [7] Grandin strongly advises controlling what they see by making the sides of crowd pens and chutes solid. [1, 6, 9] This prevents animals from seeing outside distractions. “The principle of solid fences is like putting blinkers on a harness horse. The solid fences prevent the cattle from seeing people, vehicles and other distractions outside the fence with their wide-angle vision.” [3] Logically, since research findings show that blindfolding can have a calming effect on restrained cattle, Grandin concludes that they don’t fear what they don’t see. Therefore, she reasons that animals will go through a solid-sided handling facility that blocks their vision and prevents them from seeing people and other outside distractions, which is especially important for wilder cattle. [5] Consequently,“Working cattle . . . through a handling facility can be improved when solid sides are added to existing open-sided fences to block their vision and prevent them from seeing people and other distractions outside the chute.” Additionally, Grandin believes that cattle feel safe behind solid sides. [6]

We challenge this rationale on five counts and believe that most, if not all, sides should be open, not solid.

1. It’s not so much that “cattle emotions and behavior are controlled by what they see,” it’s how they interpret what they see, and that depends largely on their state of mind, which depends on how they are handled. If cattle are handled poorly, they are likely to interpret things they encounter in their man-made world as bad. If cattle are handled properly, they will trust their handlers, look to them for leadership and guidance, be emotionally fit, and interpret what they encounter as okay.

2. As argued in the previous section, distractions are only distractions if they are so in the handler’s mind and if the cattle are not handled properly. We have had too many experiences of animals calmly moving through facilities in spite of numerous “distractions” that Grandin lists (e.g., vehicles, people standing in the wrong places, busy roads) to regard this as a serious problem.

3. Solid sides are designed to shield the cattle from the people and the people from the cattle, which Williams believed is wrong-headed. In LSLH we want to maximize, not minimize, contact with our animals. Consequently, solid-sides are not only unnecessary but counterproductive. LSLH is based on mutual understanding and communication through proper body position. Therefore, they must be able to see us! Why would we want to hide from cattle in the first place? Aren’t we, as their handlers, supposed to be communicating what we want to them and guiding them through the system? If so, how can we do that when they can’t see us? From the LSLH perspective, we need the cattle to see us so we can use proper body position to communicate what we want so the animals can do what we want. Cattle can move well through a snake with the application of good technique (such as reverse-parallel), but solid sides make that application difficult, if not impossible.

4. Contrary to Grandin’s argument that it’s important to control what cattle see because they don’t fear what they don’t see, we’d argue the opposite. As Williams says—and our combined experiences tell us that he’s correct—cattle know when and where people are present, even if “hiding” behind a solid side, and to think that they are not affecting the cattle is naive. In fact, cattle may fear “hidden” handlers more than those that they can see because they can’t interpret their body language or intentions. I (LL) have observed cattle coming through a solid-sided facility and stop at the exact place where people were crouched down outside, ostensibly “hiding.” We believe that blocking an animal’s view of people can be even more frightening than simply seeing them. It’s like knowing there’s a rattlesnake somewhere in your living room but not being able to see it. Wouldn’t you feel safer and know where to be or go if you could see the rattlesnake and know what it’s doing?

This handler may think that he is hiding from the cattle, but it’s quite clear that they know precisely where he is. Part of the problem is that whenever people try to hide, they still want to see the cattle, therefore the cattle see them! Wouldn’t the cattle be more comfortable if they could clearly see this handler and read his body language and intentions? Williams admonished us not to be “sneaky” around our animals.

Here’s a short video clip of a cow entering a tub and zeroing right in on a handler who thinks he’s hiding behind the solid side:

5. Grandin’s contention that cattle feel safe behind solid sides is unsupported by our observations and experience. It might be that some feel secure but many clearly do not. Our hypothesis is that cattle, being a prey animal, will increasingly become upset when their escape options are limited. For a prey animal that depends on flight for safety, it stands to reason that being enclosed in a facility where they can’t see out, and they see no avenue of escape, that that must be very anxiety provoking. We have seen numerous instances of cattle experiencing extreme distress when enclosed in solid-sided systems (especially snakes), including thrashing about, trying to turn around or jump out, going down, sulling up, or flipping over backwards. Admittedly, this is primarily caused by handlers who unnecessarily frighten and panic animals which elicits such negative responses from them.

Solid sides are problematic for two additional reasons. First, cattle moving from open alleys to solid-sided alleys (e.g., from an open alley to the solid lead-up to a tub) is a transition which often slows or stops movement. The following video illustrates this phenomenon:

This transition creates a challenge that the handler must deal with. The more challenges present in a design, the more labor unfriendly the design.

A second problem with solid-sided facilities, especially high ones, is that if the handler needs to remedy a stall, he or she has to step up on a catwalk and encourage the animal to go forward from above. What could be more frightening than being in a confined space, not being able to see the predator, then suddenly the predator appears over you?

From the LSLH perspective, and based on our extensive experience with both solid and open systems, we believe that all alleys, crowd pens, and single-file alleys (whether curved snakes or straight chutes) should be open in farm, ranch, stocker operation and most feedlot settings. In short, open systems work better than solid-sided systems in operations where the handlers have even the slightest interest in properly handling their animals. 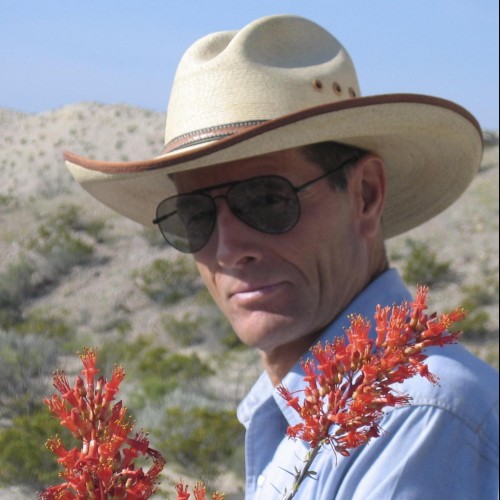