Phosphorus, Your Fields and Pastures, and Water Quality Protection

Phosphorus is an essential nutrient for plants and all animals. It’s literally in the DNA of everything and everyone. It’s in the top 20 most abundant elements in our solar system, and the 11th most abundant in the earth’s crust.  The problem for producers is that it’s not always where you want it to be, and sometimes it’s exactly where you don’t want it. For example, researchers have found that 55 to 65% of the phosphorus cows eat comes out the other end in their manure. That’s good because it’s putting a vital nutrient back on the ground for plants to use. But it can also be bad because excess phosphorus can end up in streams and lakes, causing algae blooms and other water quality issues.

Nutrient pollution, whether it’s from phosphorus or the nitrates that the city of Des Moines is suing 3 rural counties over, is a growing issue and governing bodies everywhere are considering laws and regulations to protect water quality. In Vermont, there is movement afoot to legislate practices for the improvement of water quality. To figure out the best ways to move toward better water quality, evaluations are taking place on 7 Vermont farms. The lessons they’ve learned after the first 18 months of research are things we can all use to better manage our nutrients and help our communities protect and improve water quality.

Timing of manure applications relative to rainfall is critical.

Wet weather events closely following manure application can produce very high nutrient concentrations – 10 to 100 times higher – in runoff. When manure was applied to a hayfield shortly before rainfall, there were exceptionally high concentrations of phosphorus and nitrogen in water running off the field. The phosphorus concentrations were similar to levels typically observed in untreated wastewater. Although farmers may consider applying manure immediately before rain events in an effort to control odors, this practice can have damaging impacts on local streams, rivers and lakes.

The total amount of phosphorus lost in runoff was a small fraction of the amount applied in manure, even when runoff immediately followed manure application.

Despite the exceptionally high concentrations measured during a runoff event which began shortly following manure application,

Well-Established Hay Stands Are Good, But….

Fields with high soil test phosphorus levels also have higher concentrations of phosphorus in runoff. Among the study watersheds, there is a reasonably strong relationship between the soil phosphorus mass data (in pounds per acre) and P in runoff. If phosphorus is allowed to build up in the soil over time (e.g., P inputs are greater than the amount taken up by the crop), P losses associated with wet weather runoff will increase. Drawdown of soil test P is a slow process; it can take years to remove excess P via crop uptake. It is critical, therefore, to manage phosphorus inputs to closely match crop needs.

It’s the TDP That Makes The Algae Problems

The major portion of P in storm runoff from both hay fields and corn fields was in the dissolved form (TDP). On the average across all monitored stations, about 65 percent of the phosphorus measured has occurred as TDP. Dissolved P is immediately biologically available and therefore might be thought of as “rocket fuel” for algae. Finding that the majority of P leaving all study fields – hay and corn – in the dissolved form has significant implications as to how we should manage manure and in the selection and design of BMPs (better management practices) to reduce losses of P to our surface waters. Specifically, it is likely become increasingly important to emphasize practices that focus on soil health and promoting the infiltration of storm runoff, as opposed to simply filtering it.

Sediment losses were higher for corn fields than hay fields. Sites in corn have generally recorded the highest and most variable concentration of sediment in runoff. The amount of sediment found in runoff (48.3 – 145.9 mg sediment/liter) was similar to levels typically observed in urban stormwater runoff. Sediment concentrations have been lowest and least variable at permanent hay sites (less than 30 mg/L), suggesting markedly lower erosion rates on these fields.

This project will continue for another year. For now, the lessons we can learn from it are some we have known, and some we are still absorbing. With water quality so much in the forefront of many local conversations, we might all become sponges.

The Vermont Agency of Agriculture, Food & Markets, in partnership with the U.S. Department of Agriculture’s Natural Resource Conservation Service (NRCS), the Vermont Agency of Natural Resources, and the Lake Champlain Basin Program, contracted with Stone Environmental, Inc. (Montpelier, VT) to complete monitoring and evaluation program. The project will continue collecting data through the end of 2015 growing season; updated findings will be developed in early-2016. 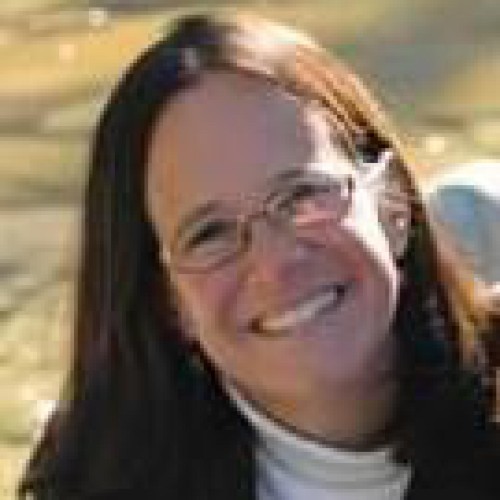 Julie Moorehttp://www.stone-env.com
Julie Moore is the Water Resources Group Leader at Stone Environmental, an environmental consulting firm headquartered in Montpelier, Vermont. Julie has led numerous watershed planning and assessment projects, and has a deep understanding of water quality concerns associated with runoff from agricultural areas and developed lands. She has a wide variety of experience engaging the public in watershed management programs and activities. Prior to joining Stone in 2011, Julie spent seven years at the Vermont Agency of Natural Resources (ANR) where she led the state’s efforts to reduce phosphorus pollution in Lake Champlain. Since leaving state service, Julie has volunteered in various capacities with organizations dedicated to improving Vermont’s water resources, including: as Chair of the Friends of Northern Lake Champlain Advisory Council; on the Board of Directors of both the Friends of the Winooski River and Watersheds United; and as an Associate Supervisor with the Winooski Natural Resources Conservation District. Most recently, Julie was appointed by Governor Shumlin to a second three-year term on the Citizens Advisory Committee (CAC) on the Future of Lake Champlain and elected Chair. Julie earned a B.S. in civil engineering, cum laude, from the University at Buffalo and an M.S. in environmental science and policy from the Department of Geography and Environmental Engineering at the Johns Hopkins University. Julie lives in Middlesex, Vermont with her husband, Aaron, and their two children.