The week that I got married, the drought of 2011 finally broke. I will never forget the Justice of the peace saying to everybody gathered, in his gravelly voice, “Now that Will and Laura are married, maybe the good lord will water the earth a little.” Sure enough, within a couple of days the first good drenching rain in three or four months poured out of the sky like champagne. I don’t think our marriage had anything to do with it, but it still felt like a benediction.

We survived that drought. Many cattle raisers did not. If you were heavy stocked and you had to feed hay then the bills mounted. Some got lucky with a patch of rain here and there. Others had to haul their cows to the sale barn, and so many people doing the same thing drove prices off a cliff. We observed that our cattle (crossbred with brahman influence) turned to eating yaupon and that their natural hardiness helped them survive the “dry spell.” All in all, there was something unrelenting about it, like it was never going to let go, like everything was in danger of shriveling up, cracking, and blowing away in the wind.

In my last article, I mentioned one way producers and landowners could get together and form organizations that grazed cattle on land jointly. I wanted to expand on this idea and cover my thinking on why it could be an important and necessary insurance policy against drought in the future, as well as some of the major obstacles that prevent this kind of organization.

Most of my neighbors no longer make a living solely from cattle. They have careers in other fields, but have held onto their cattle as a secondary source of income–though still a primary point of pride. Economically speaking, these men and women continue to rely on their land as a source of income, but can only expend a limited amount of time and effort on their operations. In this sense, a continuous grazing system is preferable. It allows them to freely pursue other economic activity, with only minimal management. And yet–as we’ve seen–continuous grazing systems creates numerous inefficiencies and leave cattle, ranchers, and grasslands vulnerable to drought. Many ranchers and cattle owners would like to adopt a more intensive management of their rangeland in order to steward their grassland resources but cannot justify spending the time and money on herds composed of less than fifty or a hundred head.

Other neighbors of ours retired here to be in the country. We are only hours from three of the fastest growing metropolises in the United States–Houston, San Antonio, and Austin. Acreages of around 30 to 40 acres are attractive to retirees and have sold recently for as much as ten thousand an acre, but they represent a dilemma of their own. Does it make sense for a landowner of 30-40 acres to invest in all the equipment necessary to own and operate cattle? Because of agricultural exemption and other tax advantages to farming, the answer is often yes. And because many landowners can find people willing to lease their land, it often works out.

But it usually does not work out well for the land. 15 cows stuck on a 30 to 40 acre pasture often experience a host of problems. Most significantly, the land is almost never relieved of the grazing pressure and coastal bermuda will eventually choke out all the diversity in the pasture. Much of the resiliency in the system is lost, and yearly applications of fertilizer and pesticide cannot reverse the downward spiral–only postpone it. Huisache and Mesquite will move in. This is bad for everyone, but most of all–it will be bad for the cattleman when drought rears its ugly head, and the bottom of the market falls out. A healthy grassland is composed of spongy, water-retaining soil. Investing in the soil is the best insurance against drought there is. And maybe it’s time we ask ourselves if the best way to guard the cattle market against downturn is to guard our ecosystems as well. There’s no way we can take down all the fences and return to the open prairies, nor would we want to, but we should remember that the North American continent supported vast herds of grazing animals before we came along, and I believe it’s possible to look at what that system can teach us about how we can improve our own.

Pasture rotations give grasslands a chance to rest. This is the single biggest lesson taught by our ecological history, but how to accomplish this in a way that does not unduly burden the Gulf Coast cattle producer is a significant dilemma. There are federal programs to help cover the cost of cross-fencing, but as we mentioned these require constant upkeep to prevent woody growth from spreading along the fences, or else over time they take over pastures. Electric fencing and high intensity pasture rotations provide an answer in some cases, but again, many producers do not find this to be a practical solution.

In the last article, I coined the term “Stockshare” to refer to a program in which cattle owners pool their cattle together and manage them cooperatively. This system would enable contiguous neighbors to leverage existing fencing infrastructure and significantly add to the intensity and intervals of grazing events. Producers could therefore own “stock” in herd or use a careful tag and brand system to maintain cattle ownership. Landowners who wished to obtain agricultural exemption could contribute land to the Stockshare. In addition, landowners that wanted to own cattle but did not have the time or resources to manage them could pay the “cowboys” to do it. And finally, pastures or properties out of rotation could receive prescribed burns that would keep down dangerous levels of wood fuel and help prevent catastrophic fires from getting started, allowing producers a chance to absorb the lessons of a prairie that keep droughts from turning catastrophic.

The idea shouldn’t be too unfamiliar. After all, investing in the stock market is as normal as owning a car. Corporations are effective managers of labor, capital, and resources and we accept that CEO’s are specialized managers, who can be trusted to effectively manage ownership on our behalf. Maybe this principle should be applied to cattle ownership as well. And yet, significant barriers remain that will keep most people from embarking on this sort of project, despite the advantages.

Ranchers like to do things their own way. Plain and simple. Add to this that most ranchers love their cattle and feel immense pride in the work they do and in their heritage. This will always inhibit ranchers from organizing in a way that outsources the work of caring for and managing the cattle to a specialized organization, whose management they may disagree with. Conflicts between personalities and styles would have to be resolved. And finally, not every operation is suited to conglomerating in this way. It would be practically impossible, for example, to try and run purebred cattle with commercial cattle, yearlings, etc. However, there are at least a few neighbors in my area with cow-calf operations running crossbred cattle, and our lands are contiguous with each other.

To me, it seems there is a real opportunity for us to strengthen our land and our businesses, if only we could hit on the right kind of charter. I can list advantages all I want but it is still a novel idea and a mechanism for governing this type of organization has to be invented. Moreover, the cattleman I talk to are veterans of the business, and they know that embracing every novelty that comes along is a short path out of that business. On the other hand, the challenges posed by land fragmentation, a changing climate, and drought-prone pastures will most likely force producers to re-organize anyway. The difference will be in whether producers choose to be proactive or reactive to these forces. I know I’m going to talk to my neighbors, and at least get the conversation rolling. The reason is simple: if I don’t, a future “dry spell” may just blow us all out of business anyway, like so much tumbleweed. 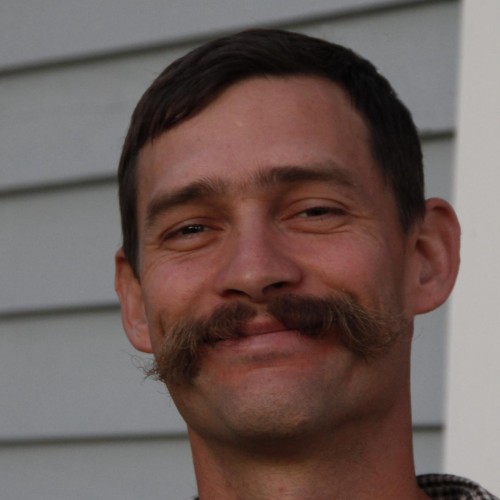