How to Choose a Grass Variety That Works for You

They say variety is the spice of life. That’s true, even when it comes to varieties of different forage grasses. Often, when we want to reseed our pastures, we may decide on a particular kind of grass, but may not consider all the varieties of that grass there are. Or, we may just ask for a ‘pasture mix’ without much consideration of what species, let alone what variety is contained within the mix. Neither of these methods of choosing what to plant is necessarily bad, but with a little added attention to variety we can get much more satisfactory results.

Choosing the right variety of a species of grass can have subtle to very profound effects on production volume, maturity date, palatability, toxicity and a host of other characteristics that may or may not be important to a producer. I can’t cover all the differences in varieties here or what differences are important and which ones aren’t. That discussion is best left to conversations with local extension agents or your local seed supplier. But I can help you get that conversation started with some examples illustrating the differences between varieties and the potential importance they may have.

Tall fescue is probably the most common forage found in the east-central states including Ohio, Kentucky, Indiana, West Virginia and others. The tall fescue variety “Kentucky 31” is a cool season grass and one of the grasses most resistant to grazing we have at our disposal. It remains green throughout the winter, is readily available for stockpiled grazing through the winter and can actually grow under a cover of snow. This variety of tall fescue is set apart from other varieties of tall fescue by an endophyte. This endophyte is a fungus that is a permanent part of and defines this variety. It is also responsible for fescue toxicosis during the summer months and all of the negative effects on livestock that come with it, ranging from fever that causes cattle to stand in water bodies, to decreased feed intake and lower weight gains, to retained winter hair coats, and to birth defects and even abortions in extreme cases.

Varieties of tall fescue have been developed that do not have this endophyte present or the negative effects associated with it. Unfortunately, the endophyte was also responsible for Kentucky 31’s persistence in spite of heavy grazing and its ability to be a good grazing forage through winter months. Without the endophyte, many of the desirable characteristics, as well as the undesirable ones, disappear.

Orchardgrass is a great cool season grass for grazing spring, summer and fall. In addition to being very desirable for grazing, it is an excellent grass for hay, both independently and in conjunction with alfalfa. To make it even better, many different varieties have been developed. There’s early maturing orchardgrass developed to produce larger volumes of forage. The late maturing varieties were developed to work well as a companion for alfalfa for those growing hay. These varieties also make good additions to pastures where a grass with later seed development is beneficial. (Remember, Rule #4 from my last article was “Never let seed heads form.”)

Reed canary grass is widely viewed as an invasive species that is banned from planting in some areas. It’s often considered to be coarse, stemmy, having a low feed value, and as potentially toxic because of the alkaloids it contains. However, the plant also produces very large volumes of high quality feed. It all depends on variety. Varieties of reed canary grass have been developed that are low in alkaloids, high in leaf and lower in stem content, high in quantity of feed produced and high in palatability.

Check for Varieties of Grass Species in Your Region

There are varieties of grasses created to solve many of the problems graziers find vexing. For example, there are awnless versions of bluebunch wheatgrass designed to reduce chances that livestock will contract pinkeye. There are also varieties of annual pasture species that may be significant to some operations.

Picking a variety of a grass species can be as important or more important than picking the species itself. The next time a pasture requires reseeding, take time to consider varieties rather than going off and buying the local pasture mix or just deciding to plant “fescue” or “orchardgrass”.

Yes! I Can Help!
Facebook
Twitter
Pinterest
WhatsApp
Previous article
How Do You Pay Bills With $50 Profit Per Calf?
Next article
Get Ready to Celebrate Pi(e) Day! 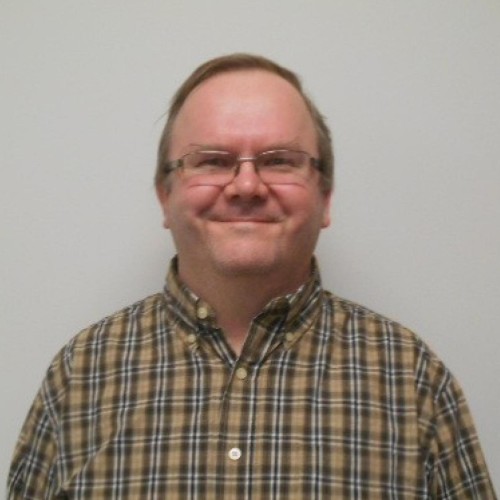 Mark Reynolds
Mark Reynolds is a Grazing Specialist/Soil Conservationist of the Natural Resource Conservation Service (NRCS) out of Marietta, Ohio. Prior to that he worked as a Rangeland Management Specialist for the BLM in Nevada and the Colville Confederated Tribes in Washington State. He and his wife, Leann, live in Parkersburg, West Virginia with their three children. He has written over 250 grazing management plans for livestock producers to assist them with pasture management grazing rotations and grazing issues. He is a graduate From Purdue University with a BS in Animal Science and Wildlife Science and holds a MS in Rangeland Resources from Oregon State University.