That little packet of dark powder you are coerced into purchasing along with your clover seed can be mystifying. It only weighs a few ounces, and it has to be kept cool and dry and managed like a living pet (it is, after all, alive). Plus it invariably gets all over your hands and clothes. What is it, anyway, and is it really necessary? The short answer is yes, it is necessary in the vast majority of cases, if you want to do everything possible to stack the deck in your favor.

Legumes (clovers, alfalfas, vetches, peas, beans, trefoil, etc.) play a prominent role in many farming systems. Many farms, not just organic systems, use them to fix atmospheric nitrogen and save on application costs of synthetic fertilizers. How do legumes take nitrogen in the air and convert it to a form they can use? They rely on several species of rhizobia bacteria that form symbiotic relationships with their roots. Within a period of 30-40 days, the bacteria form visible nodules along the roots, and you can tell that they are active when you can cut open some of the nodules and they are pink inside. The bacteria rely on the plant for carbohydrates, and in return, they produce nitrogen the plant can use. Many legumes can fix up to 200 lbs per acre of nitrogen by the time of full bloom.

This little packet of dark powder is taking the place of a substantial quantity of synthetic nitrogen fertilizer, and it’s costing you far less. Think of it as “Inexpensive insurance”, at the very least. 300 grams of inoculant contains the amount of rhizobia in 4 tons of soil that produced well-nodulated legumes – not a bad deal!

We introduce these nitrogen-fixing bacteria through that added packaged inoculant. The black powder you see is a finely ground peat substrate for the bacteria to live on. Many people choose to dry mix it with the seed, but the most effective method to get some to adhere to every seed is to mix seed with a mildy sticky substance, such as a 10:1 water and sugar or honey solution. Some people choose soda, which has the right amount of stickiness, but it is not recommended since its acidity kills many of the bacteria. Dry the damp seed in the shade for about an hour prior to planting (direct sunlight kills the inoculant).

Penn State Extension provides an excellent explanation for how this process relates to the production and use of synthetic nitrogen fertilizers:

“In the industrial (Haber) process, petroleum energy is used to break the triple bond [between nitrogen atoms], and three hydrogen ions from natural gas or another petroleum product are added to each N atom. Therefore, N fertilizer prices increase as energy prices rise.

“In symbiotic N fixation, as is the case with legumes, these same steps are required of the Rhizobia bacteria. Sugars or carbohydrates of a legume infected with Rhizobia are the energy and hydrogen source used by the bacteria to fix N from the air at high energy costs to the plant. If the plant can avoid these costs by taking up N from the soil, it will. Therefore, N fertilization inhibits nodule formation and N fixation.”

This is a great reminder that legumes can be as lazy as the rest of us. If they have easily accessible food in the surrounding soil, they won’t bear the costs of producing it. You can easily see that this is happening if you dig up the legume roots and they aren’t nodulating (and you have planted inoculated seed).

One of the biggest reasons to inoculate legumes is to give them access to the fertility they need without helping weeds at the same time. Applying nitrogen fertilizer can really boost competition from weeds, while inoculating legumes gives only legumes the advantage. However, it takes about a month of growth for them to develop good nodulation and nitrogen production, so for forage legumes, 20 lbs/A of applied starter nitrogen is often recommended.

In the end, it matters very little if the legume in question is a cover crop or forage – you should still inoculate. As a cover crop, it’s likely that the main purpose is to produce nitrogen for subsequent crops, but to maximize N fixation, it has to be grown all the way to bloom. Many farmers struggle with this timeline, since typical bloom may not be until the middle or end of May, past their preferred planting date for corn or other summer annuals. If intended to be grown to bloom, the inoculation is arguably more important, but in all situations it is critical to getting your money’s worth out of the crop in terms of the quantity of overall growth. Technically necessary? No, but it’s basically common sense and fully cost-effective. You spent the money on expensive seed (and legumes are costly compared to other crops) and you want to get your money’s worth of growth.

The same goes for forage production. Just as you would apply your 100 units of N to a small grain, you inoculate your legume.

How about a mix? Many of our mixes, especially the perennials, come with a coating that contains inoculant, so you really want to take care of the seed as you would handle inoculant – keep cool and dry, out of direct sunlight – and try not to store it for an extended time.

If it’s not pre-inoculated, it’s highly recommended to inoculate for all legume species in the mix. For example, if it contains vetch and clover, you will need the rhizobia strains labeled for pea-vetch and for clover.

The earliest species in the mix will likely dictate when it gets harvested, since you don’t want those species producing seed and causing weediness in the next crop. For example, if the mix contains barley, rye, or even triticale, these will be producing seed by the time crimson clover or hairy vetch flowers in the spring. So the legume won’t be a heavy hitter in the context of the mix, but it’s still in there for a reason. To get the most out of it, whether as a diverse cover crop or high-protein forage, you will need to inoculate.

What about fields that had the same legume family planted within the last year or two? This won’t be critical, but it can still be a big help – especially to increase the population of the relevant rhizobia strain in fields that have suffered unfavorable conditions, such as a low pH (6.5-7.0 is ideal, so liming will be needed in those cases), extremely sandy soil, or periodic flooding. Another critical aspect of the soil environment is the presence of molybdenum, which rhizobia need for the biochemical reaction that produces nitrogen for the plant. Molybdenum is usually present in Pennsylvania soils in sufficient quantity, but this availability will be affected by soil pH. Inoculation is necessary without question in a field that has been out of host plant production for 3-5 years.

It takes time for the plant to fix a good quantity of nitrogen, and it takes time for this nitrogen to become available. In a long-term perennial mix, the nitrogen fixed by legumes can become available in soil as roots slough off and plant material decomposes, and this free nitrogen can begin to feed some grass roots. In an annual mix, however, the timeline is so condensed that you can’t count on the legumes to feed the hungry grasses and broadleaves. Most of the N won’t even be fixed until close to the end of the mix’s lifespan. Even after you have terminated a mix where legumes have been allowed to reach bloom stage, the material will have to fully decompose for the N it contains to become plant-available. Therefore, we generally say that about half the N in a legume crop is available during the first year after it is terminated – IF the biomass is turned under or mowed/rolled/sprayed and left as residue. If it is removed as forage, you are probably left with a little less than half the total biomass in root material, which greatly cuts down on the remaining nitrogen (and only about half of that is available right away). The available nitrogen depends on how quickly the legume residue breaks down, which is almost exclusively dependent on soil temperature and moisture.

Keep in mind that every group of legume has a specific rhizobia species that it can host. These are called cross-inoculation groups.

Yes! I Can Help!
Facebook
Twitter
Pinterest
WhatsApp
Previous article
The Worm Moon Has Risen
Next article
Maintaining Sagebrush-Covered Landscapes Keeps Water on the Land for Ranchers and Wildlife 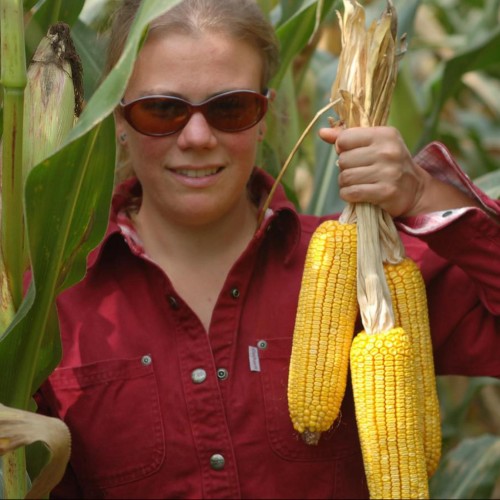