Why Do the Big Guys Win?

A recent Ranching For Profit School graduate sent me a link to MSN Careers.  It had a list of the top 10 “dead-end jobs.” Number one on the list was Farmers and Ranchers. The author concluded that large farms would get bigger and that smaller, independent family farms, that didn’t rely on off-farm income, might soon be a thing of the past.

One obvious reason is scale. The big guys have economies of scale. Their equipment and labor costs are spread over more units. They are also able to buy in bulk to secure discounts and sell truckloads at a time to ensure top dollar.  The big guys get a disproportionate share of farm program subsidies.  The little guy is willing to subsidize himself with cheap labor and off-farm income.  But none of these differences are THE reason the big guys are more profitable. The biggest reason they make more profit is that they demand a profit.

The little guy tends to run the farm or ranch as efficiently as he can, pinching pennies and hoping there will be something left at the end of the year.  The big guy starts with the end in mind, establishing a target for profit, then determines the enterprises required and the strategies needed to achieve the target.

Yes! I Can Help!
Facebook
Twitter
Pinterest
WhatsApp
Previous article
How Many Problems Do You Have?
Next article
Farming as a Second Career – Secrets From Folks Who Made the Switch 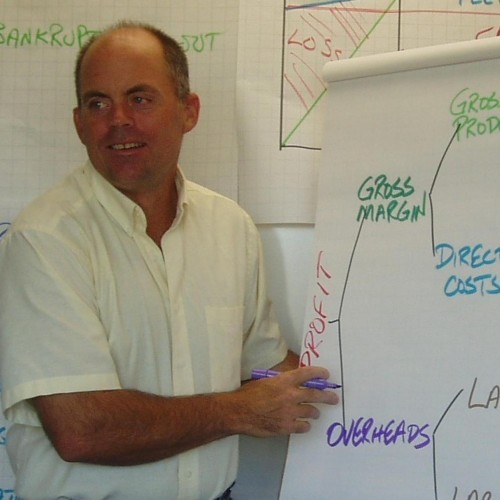 Dave Pratthttps://www.ranchmanagement.com/index.html
Dave Pratt is one of the most sought after speakers and respected authorities on sustainable ranching in North America. He’s earned a reputation for innovative teaching with a practical edge and has helped hundreds of farmers and ranchers develop and implement strategies to improve their land, strengthen their relationships and increase profit. His programs, which include the Ranching For Profit School and Executive Link, have benefited thousands of families and millions of acres. Dave’s new book, Healthy Land Happy Families and Profitable Businesses has received high acclaim from industry leaders. Joel Salatin said, “This book delivers more meaningful advice in one small space than I’ve ever seen.” Wayne Fahsholtz, former President and CEO of Padlock Ranch advised, “If you are serious about wanting your ranch to be successful / sustainable, than this is an important read.” Stan Parsons called it, “…the best book ever written about ranching anywhere.”