Getting Paid For Good Grazing: The Carbon Market of the Future

Oregon Forage and Grassland Council’s free Zoom series “Lunch With Forages” kicked off last week with a look at a potential new revenue stream for graziers: trading good grazing practices for cash. Debbie Reed, the Executive Director of Ecosystem Services Marketing Consortium, was the featured speaker and she described the carbon market and making it work for graziers.

The Science Behind It – Simplified

Conscious graziers (like our On Pasture readers!) are often well aware of the ecological benefits associated with their management strategies. They know that sound grazing practices support healthy, permanent grasslands that improve soil structure and functionality. Healthy soil improves water infiltration and holding capacity as well as provides habitat for organisms that aid in decomposition and nutrient cycling.

While these benefits ultimately improve our bottom line, they also provide important ecosystem services that improve our environment as a whole. The best example of this process comes in the form of the cycle of that element we love to hate, but can’t seem to live without: carbon.

In photosynthesis, plants take in carbon dioxide and release oxygen. While some carbon is released back into the atmosphere through respiration, it primarily provides the means for growth within the plant. Plants fix carbon within their tissues, leaving it effectively trapped for the duration of the plant’s life. These tissues are then either ingested by a grazing animal or decomposed by soil microorganisms. If given the opportunity, these soil microorganisms will convert senescent plant tissues into an ecological gold mine of soil organic matter.

This organic matter not only further improves the health and functionality of the soil, but also continues to hold the carbon originally taken in by the plant. This process keeps carbon from entering the atmosphere and is known as sequestration.

Want more on carbon sequestration? John Wick has been studying how carbon gets sequestered in the soil on his own Nicasio Native Grass Ranch. In this video he does a great job of explaining the different kinds of soil carbon and what we’re looking for as “sequestered carbon.”

How Does Carbon Get From the Atmosphere Into the Soil?

The relationship between healthy plants and functional soil makes grazing lands one of the most important carbon storage vessels known to mankind. While this is a concept acknowledged and celebrated within the agricultural community, it is one that has been historically undervalued by groups that make their living a little further from the “dirt”.

Climate concerns have recently changed that dynamic, though. As carbon emission levels spark calls to action, some groups have found a way to forge a connection between land stewards and big business. These groups have created what is known as the carbon market, an economic playing field that allows farmers and graziers to convert their ecologically beneficial management practices into a tangible asset, known as carbon credits.

How It Would Work

Upon enrollment in the program, a baseline is established from which further improvements (and the resultant payments) are measured. This snapshot of your operation is achieved through complex soil testing, imaging, and environmental modeling. Re-evaluation occurs at specific intervals and allows the producer to showcase the fruits of their labor.

An example of one of the metrics that would be used for payment is CO2E, or carbon dioxide equivalent. Tons of carbon sequestered would translate directly to a credit that big business could purchase in order to neutralize the tons of carbon that their operations release. While pricing in the carbon market is anything but transparent, she says the current going rate is generally between $15 and $20/ton.

The market wouldn’t just pay for improvements in carbon sequestration, though. Her group has created an ever-evolving protocol that focuses on paying land stewards for improvements on other ecological benchmarks like water quality and quantity improvements, erosion control, and advances in biodiversity.

Other carbon markets exist, but they are often riddled with metrics issues that make them less effective from an ecological and economic standpoint. Ecosystem Services Marketing Consortium is working hard to create a system that functions in a way that works for sellers, buyers, and the environment itself.

While still in early stages of development, they plan to begin regional testing in specific land resource areas next year. They hope to launch their platform in 2022 and provide a way to reward climate heroes and allow big business to purchase a little more environmental leeway for their operations.

Enrollment and participation in the project will be free to “carbon sellers”, the market name for producers like our readers that make sound management decisions that increase soil organic matter.

Receiving payments for improvements made on leased or publicly owned lands may prove to be tricky as carbon credits are considered assets held by the landowner, but Reed assured us that her group plans to provide support to producers as they work with landowners to make the program work for operations of all kinds.

Unfortunately, this particular market will not be able to provide payments for any improvements made before enrollment in the program. This market depends on the direct relationship between current improvements and current payments so that it can achieve its goal of carbon neutrality. While this puts producers that have been doing the right thing for a long time at a clear disadvantage, it could still provide an income for continued improvements or newly acquired land bases.

It is also important to note that there will be regional differences in payments based on the relative value of local land resources and mitigation requirements.

While not immediately available, the consortium’s goal is to create a system that increases income for land stewards willing to continuously show ecological improvement, particularly in areas of high environmental concern. Stay tuned for more information as this project continues to develop.

Join OFGC for Lunch With Forages!

Oregon Forage and Grasslands Council is hosting free weekly Zoom meetings that, like the name says, address forages and their grazing. These meetings are not only thought-provoking and beneficial to your operation, but they are also FREE. You’ll enjoy the informal setting where you can ask questions and if you stay for the “At the Bar” session you’ll be able to talk with participants and speakers alike.

This Thursday Jon Bansen, a grass-based dairy farmer, will talk about the multitude of species he’s grown and how they’ve performed. Space is limited so register here now. Sessions run weekly through November 19th. In upcoming sessions you’ll learn:

• the value of creative pasture mixes that incorporate a wide variety of carefully selected forage species.
• management strategies tailored to either productivity or longevity including the annual vs. perennial debate.
• increasing productivity and profitability with silvopasture, or the integration of timber cropping and pasture-based systems.
• warm season vs. cool season forages to improve profitability and feed efficiency.
• management practices used in New Zealand to safely graze alfalfa in drylands environments.
• intentional forage diversity to increase performance as well as reduce environmental issues such as nitrate leaching.

You can register for these sessions here.

Recorded meetings will be available later to Oregon Forage and Grassland Council members. Join here if you missed the full discussion with Debbie Reed at Ecosystem Services Marketing Consortium or won’t be able to attend other talks.

Hailey or Kathy or both will also be at these sessions. So join us and say hi!

Yes! I Can Help!
Facebook
Twitter
Pinterest
WhatsApp
Previous article
Greg Judy on How to Use Portable Fence Reels and Set Up Electric Fence Quickly and Easily
Next article
Keys for Successful Corn Stalk/Corn Residue Grazing 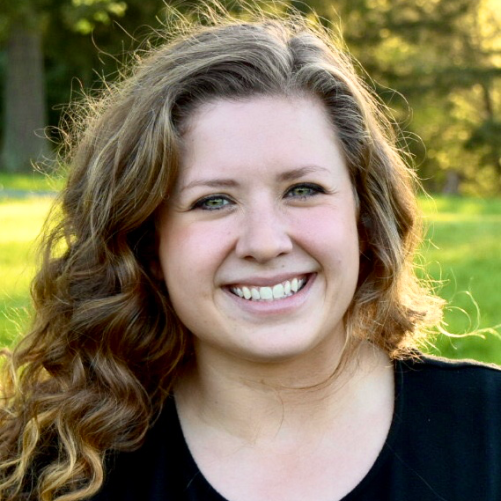 Hailey Rice
Despite growing up in the grass seed capital of the world, Hailey’s childhood connection to agriculture ran no deeper than a girl’s voracious appetite for Little House on the Prairie books and an inherent love of animals. She thought she might like to grow up to be an accountant until she spent her 19th summer on a hay crew with a farm boy. That’s when everything changed. She fell in love with long days spent under a sunny, summer sky doing good, honest work. In the years since, she’s learned to drive a tractor, bucked her fair share of hay bales, and worked on a grass-fed cattle ranch with its own direct-marketing program. She graduated from Oregon State University with a B.S. in Agronomy focusing on forage production, plant physiology, pasture-based agroecosystems, and soil health. She still loves grass and sunshine almost as much as the farm boy and their yellow lab, Hesston. Hailey is interested in economically and ecologically sustainable agricultural practices so that farming families everywhere can stay on their land, do what they love, and make a profit. Her Little-House-on-the-Prairie heart hopes for a future where folks understand and appreciate the precious connection between farmers, their animals, and the land.