Editors Note: Bale grazing on fields is a method of providing feed to beef cattle during the winter months.  With this system, livestock are allowed access to bales previously placed on a field or wintering site.  Here’s how Brett does it on his farm.  Kathy has info on how this grazing works to improve soil and pasture health.  She was going to include it, but the whole slip on the ice and face-breaking incident knocked it right out of her head. She’ll share that in another article later.

At Angus Glen Farms, LLC (www.angusglenfarm.com) the two areas where we’ve made the greatest gains in winter feeding efficiency in recent years are by reducing human and mechanical energy inputs (my time and tractor time). Several years ago we transitioned to outwintering and “bale grazing”. This strategy can be used in different ways on different farms, but in our own case we lay out a two-day supply of hay in each paddock and then rotate the cows the same as during the grazing season. We have 75 permanent paddocks across 270 acres of pasture, so we can normally set out an entire winter’s supply of hay at once. The cows start to bale graze once they finish grazing stockpiled pasture in mid-to-late December. We don’t use ring feeders, and have found that the amount of waste hay is about the same whether the cows are given a 1-day supply or a 2-day supply of hay in each paddock. The amount of waste hay increases significantly if more than a 2-day supply is available. We have also experimented the past two years with leaving the natural “jute” fiber twine on the bales to save time and keep the bales intact longer during feeding. No problems yet on our farm, but this could pose a health risk if animals consume excessive amounts of twine or become entangled – so experiment at your own risk!

Watching the 10-day forecast is important when outwintering livestock. We move the herd to sheltered, wooded areas before storms and occasionally to sacrificial paddocks during thaws. We manage several conifer plantations on the farm as “living barns” where the herd can be moved temporarily during extreme winter weather. It’s important not to repeatedly “beat up” these wooded shelter areas, nor to allow excessive accumulation of waste hay as this will eventually impact tree health.

Some other benefits of bale grazing and outwintering include:

• Cows appear to be happier and healthier by moving around all winter rather than being confined to a muddy barnyard for months at a time. They also stay much cleaner and are able to bed on waste hay in recently bale-grazed paddocks.

• Signficantly less ringworm in the herd.

• Notable increases in soil health and productivity within just one season of bale grazing on a given site.

• No more mud and manure to clean-up in the spring, and no more run-off issues from the barn yard.  Both of the original dairy barns and barn yards on our farm drain directly into the Watkins Glen State Park gorge (the 2nd most visited state park in NY, after Niagra Falls).  At our current herd level of 100+ head, we would need to invest in a very expensive “engineered barnyard” to avoid being a major polluter of the watershed.

Even on pastures with heavy soils, graziers should still be able to balegraze during frozen ground conditions – if the animals can be moved relatively easy back and forth from a winter yard to the pastures. Every bale that is fed on pasture is less mess to clean up in the spring and one more dose of fertility where it matters most.

Bale grazing can also be used in conjunction with planned pasture renovations and annual crops.  Concentrated hay feeding over smaller pasture acreages should provide sufficient fertility and disturbance to establish new seedings or row crops with minimal tillage and fertilizer inputs. Bales can still be placed in the pasture ahead of time and rationed out by moving temporary fencing. The challenge comes with deep snow, as fences may get buried or be less effective to controlling hungry animals.

Editors Note:  A version of this article appeared in the Cornell Small Farms Quarterly. 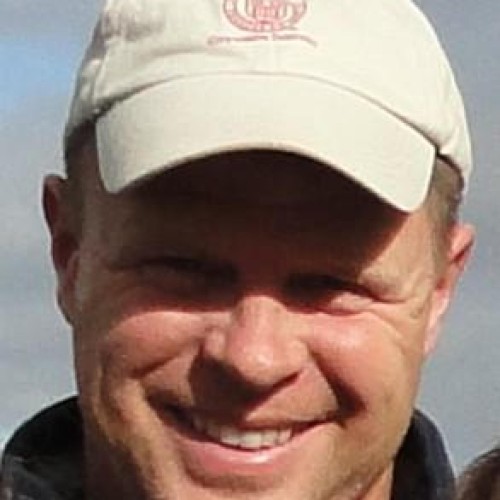 Brett Chedzoy
Brett Chedzoy is a Forester with Cornell Cooperative Extension of Schuyler County, NY and grass-fed rancher in Watkins Glen, NY and Argentina. Brett can be contacted via CCE’s silvopasture forum: www.silvopasture.ning.com. Additional silvopasture resources are available at: www.forestconnect.info under the “publications” page.